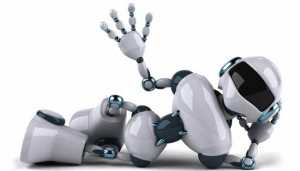 The world of robotics has continued to expand and disrupt new markets beyond the world of manufacturing and supply chain/logistics. Industry experts have predicted that now it is the turn to prognosticate on what 2020 holds for the industry, based on knowledge and intuition, with a little bit of guesswork thrown in as well.

Robots are that kind of machines that can be used in any situation or for any purposes. But today, many robots are generally used in dangerous environments, manufacturing processes, or that jobs which are dangerous for humans. Robots can be in many forms. But some are made like a human. These robots are called humanoid robots. These robots replicate walking, lifting, cognition and a lot of things that a human can do.

Below is a curated subset of the 2020 trends in robotics:

Retailers use robots to scale up inventory

Retailers will use robotics and automation systems to increase the number of SKUs they are able to carry, as they won’t be able to rely on hiring additional labour and existing automation systems to handle slower-moving items. While popular items can be handled by those systems, the growth in robotics will be for the movement and fulfilment of less popular items, which will be able to increase revenues for many of these companies.

More acquisitions are coming within the space where mobile robots are assisting warehouses, third-party logistics providers or e-commerce and Omni channel retailers. With mobile robot companies having proved that the technology is mature enough to make a difference, these large companies will likely find it easier to acquire the technology themselves and run things internally (such as what Amazon did with Kiva Systems, and somewhat similar to what Shopify did with 6 River Systems, although that is slightly different). Even warehouse management software maker High Jump is “making the leap” into robotics by offering to act as an integrator for mobile robot system deployments. We expect others to make similar moves, or just outright buy one of these companies, in 2020.

Cobots vs. industrial robots goes away

The debates about cobots vs. industrial robots will start to fade in 2020, as technologies emerge to give the benefits of one type to the other. We have already seen cobots get bigger and faster, as well as industrial robots that can slow down or stop near humans.

Buying decisions by end user companies will be less about the type of robot they want, and more about the process or application being automated, whether a human worker is needed within that process, and how fast the process needs to complete. Even if cobots disappear in traditional industrial settings because of new sensors that can be applied to faster industrial robots, they will still find a place in small- and midsize manufacturing environments, due to continued labour shortages for skilled workers in roles such as painting, welding, polishing, and CNC machine tending.

Last year saw a lot of development in commercial drone activity, specifically around the development of autonomous systems that can fly missions beyond the visual line of sight (BVLOS), as well as battery and payload improvements, via new sensors.

In 2020, we expect to see further successes in this space, bringing us closer to commercial application deployments in deliveries, infrastructure inspections, and underground environments, as well as dangerous locations.

However, a boom in this space is unlikely to happen this year, as government regulations around drones are still in the early phases, most recently the FAA’s RemoteID proposal that all drones have registration requirements similar to a “license plate”. In addition, we feel that these regulations will also be tied into a unified air traffic control system that ties together manned aircraft along with unmanned, not to mention any rules that are built around urban air mobility services.

In mature markets for robots, we expect to see partnerships and ‘the next phase’ as end customers take their automation projects to new levels. This means things like mobile robot companies teaming up with piece-picking systems, or gripper companies teaming up to create new robot applications in manufacturing. End user companies that have found success automating one process of their business – whether in supply chain, logistics, or manufacturing – will want to do the next step. For example, once a robot is able to successfully retrieve and move an item from the warehouse to a packing station, another robot then takes over and grabs the item to pack it or assist workers with the next step. Success will be found by robot companies teaming up with each other on this, rather than trying to build it themselves.

In other emerging markets where robots have not yet made a disruptive impact, robot companies can still get by with a single point solution that solves a particular problem or automation task.

Robots get a boost from 2020 Olympics

The 2020 Summer Games will be a showcase of Japan’s latest efforts in robotics, which include assistive robotics for the country’s aging population, as well as in self-driving vehicles. We expect to see many humanoid robots assisting guests with information about different venues, and the use of autonomous vehicles in closed environments to shuttle people around. We also expect to see the use of drones and counter-drone systems as part of the Games security details, though that may not be as visible as the other displays of robots.

We anticipate media coverage on the positive and negative side of things, but overall we feel that robotics will get a boost in awareness thanks to the games.

Self-driving vehicle development in the U.S. will continue, but most of the news will be around controllable scenarios, such as vehicles in areas such as campuses, retirement communities, parking lots, etc. In addition, growth in self-driving vehicles will be seen in last-mile delivery scenarios (such as Nuro vehicles delivering groceries or pizza), rather than any personal vehicle for purchase or even a ride-sharing system (beyond Waymo in Arizona) that gets a large-scale deployment. Delays in regulations, expensive components, and weather situations will all likely continue to prevent the tipping point for this industry in 2020.

Mobile manipulation robots (where a mobile robot with wheels also includes a robotic arm) will continue to be tested by vendor partnerships and researchers, but large-scale deployments of these systems won’t happen in 2020. Single-project or customized systems may see some growth in certain markets, but a fast robot that moves from Point A to Point B, grabs an item and then quickly returns to Point A won’t be deployed any time soon. 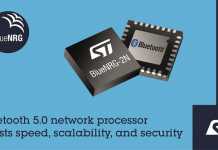 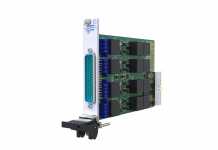 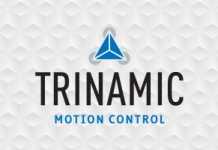 RSL10 Mesh Platform from ON Semiconductor for Smart Building and Industrial...