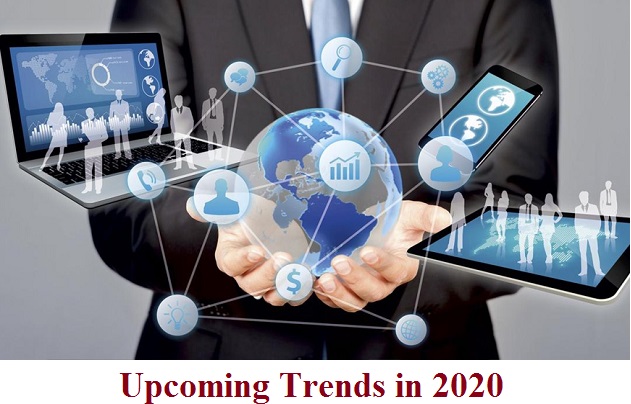 Each and every Industry now uses innovative technologies in today’s competitive market to sustain and compete. The companies in today’s world makes solution in every field more powerful and reliable. Well, a clear proof of the companies who invested valiantly in the latest technological trends like Big Data, AI, block chain technology etc. for enhancing the user experience are ruling the market.

Clearly, technology is changing and transforming very fast. Innovation in the business world is flourishing exponentially. Hence, there is no doubt that universal digital transformation will soon be a reality. Here, we present to you the latest trends in technology that will surely bring significant innovative growth in 2020.

The idea of a driverless car in itself generates a considerable amount of excitement. Functions like automated braking, lane-changing, and automation of the other in-car systems are on its way to being streamlined with the guidance of data capture and analytics. There is still time for the modulation of the laws for autonomous driving by legislators, regulators, and authorities. Over that, significant tweaks will be required in the existing infrastructure, laws and social attitudes before we can embrace autonomous vehicles in the current technology trends.

The augmentation humans will not only enhance the physical endurance of a person but also, it will enhance the human’s ability to think and decide better. To put it simply, we can say that human augmentation does hold substantial potential in the future of technology. Human augmentation can be defined as a process by which a person’s physical and cognitive ability is strengthened. Once implanted in a human being, it will enable the person to execute tasks that were earlier impossible for him. For instance, miners use wearables to enhance their safety. Then the cases of human augmentation in soldiers are a highly anticipated topic and are running silently by the armed forces of many countries, as per reports.

Ever since the European Union’s General Data Protection Regulation (GDPR) tightened the bolts on privacy and data protection laws, businesses and consumers alike have become more aware of their vulnerability to data breach and cyber-attacks. According to Researches, nearly 70% of organizations will be exposed to personal data archiving, that’s a 60% growth since 2018 when the number was at 10%. In fact, emerging technology trends like crypto currency will be one of those upcoming technologies that are yet to be compliant with privacy laws. An insertion of personal data into public blockchains can be a major worry for 75% of public blockchains by 2020. As a result, an entire ecosystem, based on data-driven technologies, that is constantly growing in its interconnections is a key tech trends that businesses can benefit from by forging early-on partnerships.

AI refers to computer systems built to mimic human intelligence and perform tasks such as recognition of images, speech or patterns and decision making. Artificial Intelligence, or AI, has already received a lot of buzz in recent years, but it continues to be a trend to watch because of its effect. Five out of six Americans use AI services in one form or another every day, including navigation apps, streaming services, smartphone personal assistants, ride-sharing apps, home personal assistants, and smart home devices. In addition to consumer use, AI is used to schedule trains, assess business risk, predict maintenance, and improve energy efficiency, among many other money-saving tasks.AI is one part of what we refer to broadly as automation, and automation is a hot topic because of potential job loss.

Like AI and Machine Learning, Robotic Process Automation, or RPA, is another technology that is automating jobs. RPA is the use of software to automate business processes such as interpreting applications, processing transactions, dealing with data, and even replying to emails. RPA automates repetitive tasks that people used to do. RPA offers plenty of career opportunities, including developer, project manager, business analyst, solution architect and consultant. And these jobs pay well.

Blockchain technology has only been implemented in a few different industries right now, but it’s poised to provide a secure underlying framework to many aspects of our digital lives. Blockchain is a technology that will allow technology to communicate securely, and verifiably, all the while doing a great job of preventing malicious acts during data transfer. Blockchain has been around as a concept since the 1980s, and while cryptocurrencies have occupied a lot of the spotlight in recent years, blockchain has slowly been gaining ground across all of tech

Voice is a medium that tends to be organic and free-flowing, something not easily translated into digital technology. We’ve seen developments in voice technology in the past like Siri, Alexa, and others. In the near future, Voice commands and voice assistants will prove even more useful to our daily lives, muddying the line between the human-technology interfaces. As these industries’ underlying technology gets better (AI, Voice processing, Machine learning), it will only be propelled into greater technological significance. In the realm of voice technology, one specific aspect on the cutting edge is Neuro-linguistic programming. Called NLP, this realm of programming would allow computers and systems to understand the true meaning of voice. This new programming language of sorts would give computers an understanding of underlying human tone, sarcasm, pun, and even deeper context clues like double meanings.

Analytics are playing an increasingly important role in the growth and measurement of companies across the world. Not only can analytics tell you if you’re successful in your market, but they can help you predict where the markets will move next. Analytics, while seemingly simple on the surface, actually involves a significant amount of data processing to turn large chunks of raw data into something actionable and useful. With cloud computing, IoT, and big data growing, data is getting murky and clouded. Analytics tools utilizing machine learning will be needed at a far greater extent than currently implemented to make sense of the data, identify issues, and even recommend action. In essence, analytics is one specialty that AI and machine learning technologies will be particularly useful in. Analytics will be the perfect use case for many of the next decade’s emerging tech.