Wireless Communication could be simplified by Metasurface for Nonlinear Manipulation 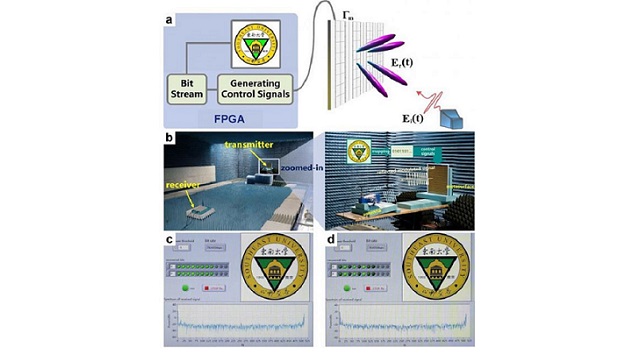 Scientists from the State Key Laboratory of Millimeter Waves, the National Mobil Communication Research Laboratory, and the Advanced Science Research Center located in New York make up the team.

Optical nonlinear phenomena are typically observed in natural materials interacting with light at high intensities, and according to the team, this phenomena can benefit a diverse range of applications, from communication to sensing. However, the team members said, controlling harmonic conversion with high efficiency and flexibility remains a major issue in modern optical and radio-frequency systems.

The scientists demonstrated that strong nonlinear processes could be enabled by the temporal modulation of incident waves on the metasurface, with accurate control of both amplitude and phase distributions for all harmonics.

In developing the theory and the design methodology used for the metasurface, and considering its potential for future applications, the team said it was inspired by space-domain digital coding metasurfaces. It employed complex modulation strategies to tailor the wave-matter interactions and frequency spectrum simultaneously. The discrete reflection phase states of the metasurface were controlled by the digital coding sequence.

The metasurface is composed of periodic coding elements loaded with varactor diodes. The scientists said that the metasurface is driven by different combinations of output voltages from a field-programmable gate array (FPGA). By controlling its time-domain digital coding states, the metasurface can be applied to various functions.

As an example of an application, the scientists explored the implementation of a new binary frequency-shift keying (BFSK) wireless communication system, which could simplify the classical heterodyne architectures for wireless network systems. In the BFSK system they propose, the two basic carrier frequencies would be synthesized directly via the metasurface, without the need for a complicated analog-digital converter and microwave filters, mixers, and amplifiers.

The team believes that its proposed concept and method could pave the way for simplified and compact communication and radar systems for a wide frequency range, from acoustic to microwaves and optics.