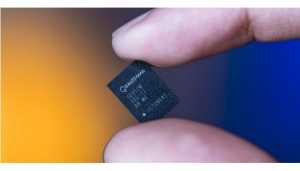 Qualcomm, the largest supplier of modem chips used in smartphones, introduced the X50 modem to connect the devices to 5G networks, which are expected to be 10 to 100 times faster than current LTE technology. But as it attempts to move everything from wearable devices to factory equipment onto cellular networks, Qualcomm has had to start focusing less on speed and more on power.

The company’s latest 9205 LTE modem is designed for Internet of Things devices that send small amounts of information infrequently over long distances without depleting battery power too quickly. The modem supports LTE-M and NB-IoT networks, which are capable of tapping into the same LTE technology used by current 4G networks. It also allows electronic devices to connect to second generation, or 2G, cellular networks.

The company said that the modem is around 50 percent smaller, approximately the size of a dime, and 40 percent lower cost than its current Internet of Things chip, the MDM9206. The idle power consumption has also been lowered by 70 percent. Qualcomm is targeting tiny battery-powered devices that have to remain functional for years without recharging, according to Vieri Vanghi, Qualcomm Europe’s VP of product management.

The company is trying to capitalize at the estimated 250 million devices that could be installed in factories and city infrastructure using such networks by 2023, according to market researcher ON World. The chip is capable of adapting power consumption based on the remaining charge, allowing batteries to last longer without recharging. Qualcomm said that the modem also support global positioning capabilities, including GPS and GNSS.

Qualcomm’s latest modem increases the competition in the market for chips capable of connecting to LTE-M and NB-IoT networks. Last year, Altair Semiconductor introduced a miniature module that can support both standards to handle thousands to millions of devices on the same network. Sequans Communications has started shipping chips that give customers access to LTE-M networks, NB-IoT networks or both simultaneously.

Nordic Semiconductor has also jumped into the competition. “Nordic Semiconductor expanded the application-range of Bluetooth by abstracting away from the designer all unnecessary technical complexity,” Peder Rand, the company’s cellular product manager, said in a statement. He added that the company’s new nRF9160 “promises to do the same for cellular IoT by taking a completely different approach to competing solutions.”

Manish Watwani, Telit’s executive Vice President of global product management, said that the cellular modem will “allow us to reduce power consumption and module footprint giving our customers the ability to design and deploy smaller, battery-powered devices that work worldwide on virtually any cellular Internet of Things network.” Qualcomm said that the first products based on the modem will be introduced next year. 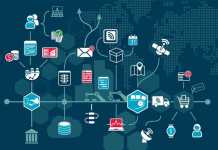 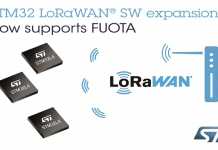 Contributing to the creation of an IoT society and technical innovation...

Companies merge to work on Infotainment Applications for the Smart, Connected...