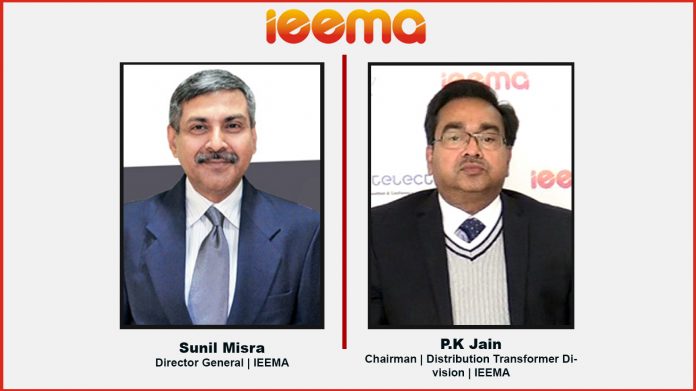 industry association of 800 plus manufacturers of electrical, industrial electronics and allied equipment in India. Sunil Misra, Director General, IEEMA and Pawan Kumar Jain, Chairman-Distribution Transformer Division, IEEMA in their respective capacity are on the job to sort out the problems in order to give 24X7 affordable electricity to India. In conversation with Devendra Kumar, Editor, ELE Times, Sunil Misra and Pawan Kumar Jain unveiled IEEMA’s efforts to light up India.

ELE Times: What is the roadmap of IEEMA for the future growth of the industry?

Sunil Mishra:  IEEMA represents the interest of the electrical equipment industry. We have manufacturers as members ranging from the power generation equipments that is the boiler, turbines and generators to transmission and distribution equipment. It would mean the whole value chain from cables conductors, switch gears, transformers – both power and distribution, up till the point that the electricity reaches the consumption point. So it ends at meter and in today’s’ context it ends at smart meter.

Significant amount of new things are happening at this sector. There is commitment by the government, to energize every village which is still untouched by electricity and lot of work is happening on that trend. There is a financial re-structuring that is happening with the Distribution Companies (DISCOM) throughUjwal DISCOM Assurance Yojana (UDAY). There is huge emphasis laid upon renewals along with micro-grids being developed, in areas where it has not reached yet. These ambitious targets of renewals and micro grids and lighting up each village in the country are throwing up a lot of new opportunities and also new challenges. So these are what IEEMA is working upon along with the Government of India.

ELE Times: What does it takes to give the affordable Electricity 24×7 to people, and how well are you prepared with that?

Sunil Mishra: 24×7 electricity for all is one challenge and making it affordable is another. At least availability is now not a major issue. Our demand and supply is almost matching up, leaving aside the peak demand. Bigger challenges are making that electricity reach those areas where it has not. So challenges now remain in the transformation and distribution of the power. Renewable addition will probably create a situation where we might have a higher supply then what  the demand will be in times to come and also the engineering challenges as per as stability of the grid etc. is concerned.

Unfortunately today an honest consumer is paying for the dishonest consumer as well and that is the biggest challenge. In the whole value chain – from generation to distribution – it is only at the customer-end that the there is a revenue coming in. The biggest challenge to be addressed today is power theft.  Contrary to believe, theft is not a phenomena limited to poor alone.

ELE Times: So how can you curtail theft and also the transmission lost?

Sunil Mishra: Transmission loss can be addressed by technology which is available with our (IEEMA) members. Theft on the other hand which is the larger portion of the D&D losses is something where we have to work collectively. Government has to work along with DisComs, the power industry and the consumers, in creating a shift in habits and attitudes which is not an easy thing to say or do.

ELE Times: The theft and power loss, if curtailed to certain extent, what would be the cost of electricity in the household or the industry?

Sunil Mishra:  It is not very directly related but we have estimated that theft in India is to the tune of about Rs. 10,00,000.00 Cr (ten lakh cr.) every year, and this seldom finds place in the media headlines as our former President Mr Babu Babel used to mention.

ELE Times: What are the various other problems faced in the industry?

Sunil Mishra: There are various challenges but if this (power theft) then the DisComs will have enough money to buy new technology and replace old equipments, and expand quicker. This will change the whole scenario if the leakage of money is plugged. 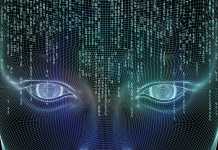 2021: A year or Hope and Promise: Ganesh Moorthy 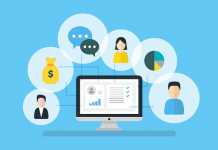 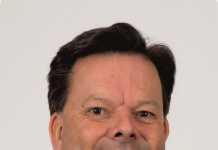 Selection, speed and accuracy are the core of Mouser’s distribution during COVID-19

We primarily set ourselves apart through innovation and find...

Bringing something new to the MCU market