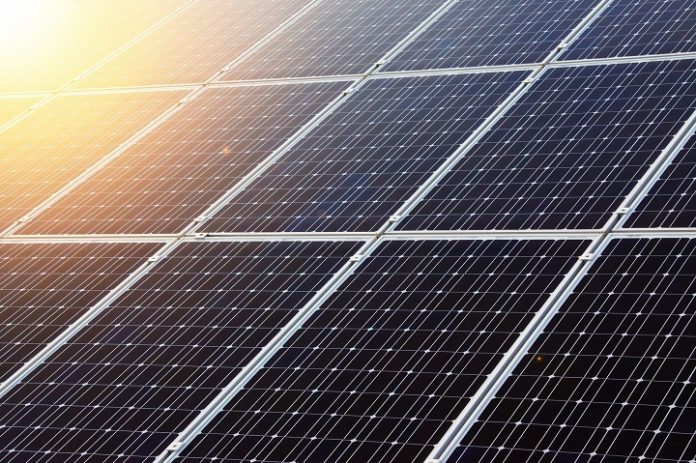 Solar Cells are the future with various functions that would benefit humans in immeasurable amounts.

A team of researchers has developed a process for vertically collecting a solution made from an economical perovskite solute onto a moving substrate below.

Through this, they not only have learned the crucial role played by one of the solvents used but also on a closer look discovered the ageing and storage properties of the solution.

Solar cells are made up of crystalline silicon can still account for the majority of roof installations and solar farms. But other technologies have long since become established as well—such as those that transform sunlight into electrical energy by the use of extremely thin layers of solar-cell material placed upon a substrate.

Developing scalable ways:
Many techniques have been developed and are used to manufacture small test cells in the laboratory, where they can be analysed and developed. But the industrial-scale invention is still has a long way to go.

In this method, the ‘ink,’ as the thin liquid solution of perovskite precursor, solvent, and additive is known in the trade, moves from a slit-shaped nozzle and drops like a curtain onto the glass substrate being moved below that will next become a solar cell. After application, crystallization begins. An ultra-thin coating of a semiconducting perovskite structure develops that provides the material group with its name and the solar cell its abilities.

It’s the quantity that counts:
However, as the researchers have found out in many experiments, the value-added plays a crucial role here. More DMSO favours crystal growth—up to a specific point. If this is surpassed, other methods come into play and the resulting microstructure reduces the production of the solar cells.

CVBS signal ports could be safeguarded against damaging overvoltage transients with...