Beauty in Imperfection: How crystal defects can help convert Waste Heat into Electricity 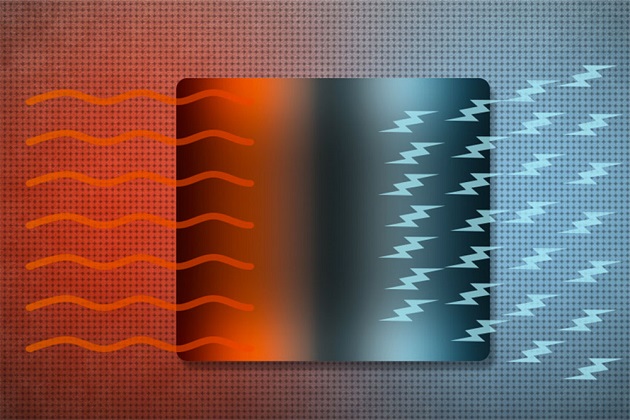 If we are to prevent the impending environmental crisis, it is imperative that we find efficient and sustainable ways to avoid being wasteful. One area with much room for improvement is the recycling of waste heat from industrial processes and technological devices into electricity. Thermoelectric materials are at the core of research in this field because they allow for clean power generation at little cost.

For thermoelectric materials to be used in vastly different fields such as steelworks and transportation, they need to be able to operate in both high and low-temperature regimes. In this regard, “half-Heusler Ni-based alloys” are currently under the spotlight thanks to their attractive thermoelectric efficiency, mechanical strength, and durability. Though much effort has been devoted to understanding and improving upon these peculiar alloys, scientists have found it difficult to clarify why half-Heusler Ni-based alloys have such a high conversion efficiency. Some have theorized that defects in the material’s crystal structure increase its thermal conductivity and, in turn, its conversion efficiency. However, the crystal structure around the defects is unknown and so are their specific contributions.

In a recent study published in Scientific Reports, a team of scientists from Japan and Turkey, led by Associate Professor Hidetoshi Miyazaki from Nagoya Institute of Technology, Japan, have now attempted to make this issue crystal clear! Their research combined theoretical and experimental analyses in the form of large-scale crystal structure simulations and X‑ray absorption fine structure (XAFS) spectra on NiZrSn alloys.

Using these techniques, the team first calculated the structural effects that an additional Ni atom (defect) would have in the arrangement of NiZrSn crystals. Then, they verified the theoretical predictions through different types of XAFS measurements, as Dr Miyazaki explains, “In our theoretical framework, we assumed crystal lattice distortions to be a consequence of atomic defects to perform first-principles band structure calculations. XAFS made it possible to obtain detailed information on the local crystal structure around atomic defects by comparing the experimental and theoretical spectra of the crystal structure.” These observations allowed the scientists to accurately quantify the strain that Ni defects cause in nearby atoms. They also analyzed the mechanisms by which these alterations give rise to a higher thermal conductivity (and conversion efficiency).

The results of this study will be crucial in advancing thermoelectric technology, as Dr Miyazaki remarks: “We expect that our results will contribute to the development of a strategy centered around controlling the strain around defective atoms, which in turn will allow us to engineer new and better thermoelectric materials.” Hopefully, this will lead to a leap in thermoelectric conversion technology and hasten the transition to a less wasteful, decarbonized society—one in which excess heat is not simply discarded but instead recovered as an energy source.

On a final note, Dr Miyazaki highlights that the techniques used to observe fine changes in strain in crystalline structures can be readily adapted to other types of material, such as those intended for spintronic applications and catalysts.

There is certainly much to gain from going after the fine details in materials science, and we can rest assured that this study marks a step in the right direction toward a better future!