The Next Milestone in GNSS: Sidewalk-Level Positioning Accuracy 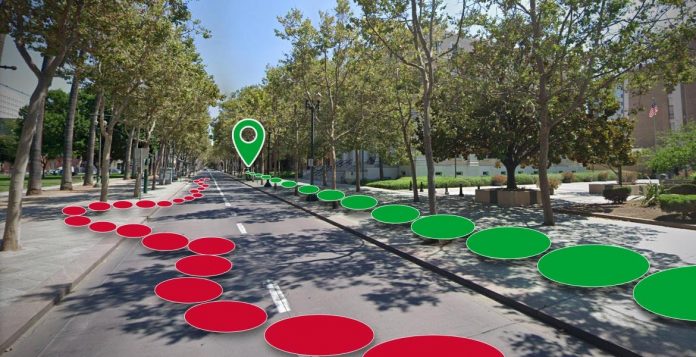 Being on the right side of the street does matter

A good pedestrian navigation experience in cities depends on GNSS sidewalk-level accuracy. Some years ago, when GNSS in smartphones was only used for driving instructions, street-level accuracy was enough. And it was actually a great achievement! Not anymore. Today, GNSS is also used for pedestrian navigation in urban environments where real-time position accuracy is critical to turn-by-turn walking directions.

Showing the GPS pointer on the correct side or sidewalk of the street does matter. For example, if a person walks on an elevated pedestrian lane shown on the left in the picture below but the GPS pointer shows him/her on the ground-level sidewalk, then the turn-by-turn walking direction would be all off. 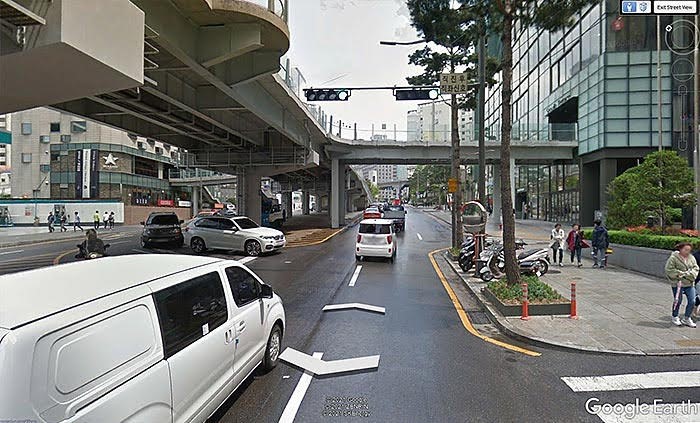 According to Google, more than 1 billion fixes per day from pedestrians’ smartphones in cities are on the wrong side of the street, or on the wrong city block. That’s why Broadcom is excited to announce the launch of a new solution that greatly improves accurate walking navigation.

How does this technology work?

Broadcom’s BCM47765 provides the capability of using the largest number of L5 signals in the industry, as it also includes the recent third generation of BeiDou signals, called B2a. L5 signals generally provide 10x more accuracy than the legacy L1 signals, and Broadcom’s dual-frequency GNSS BCM47765 chip uses as many L5 signals as possible to compute the position.

What is the result of computing a position using all L5 signals available?

The result is the very best estimate of your position possible, using the most-advanced GNSS signals.

However, there is one thing that L5 signals cannot do — avoid the surrounding buildings. Buildings can block the line-of-sight to GNSS satellites and often reflect the signals, confusing the GNSS receivers. The Android 3D mapping-aided corrections further improve the combined solution.

How does the new Android service improve accuracy?

Android can provide information to the BCM47765 on which L5 signals are line-of-sight ones and which ones are reflected from buildings. Also, using neural networks computation techniques, it can estimate the location and heading of the user. All this is based on Google’s 3D buildings model. The BCM47765 then blends all this information with its own measurements and algorithms, and provides a final, very accurate urban GNSS position.

What is the result of combining the Broadcom BCM47765 and the new Android service?

Broadcom and Google have worked on debugging, implementing and fine-tuning this new Android service. Google’s Dr. Frank van Diggelen, Principal Engineer, says, “It has been a pleasure to work together with the experienced and knowledgeable Broadcom GNSS team in this project. We are very satisfied with the joint results and the benefits produced for the end users.”

As a result of this joint effort, the Broadcom BCM47765 now exhibits a very solid urban performance. The image below shows the track from a high-end competitor device (in red) on the wrong side of the street, while Broadcom’s BCM47765 (in green) with the new Android service provides great sidewalk-level accuracy: 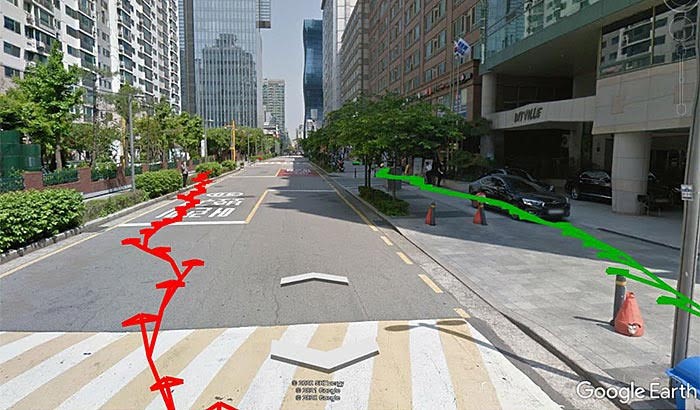 The track from Broadcom’s BCM47765 (in green) shows good sidewalk-accuracy, while the track of a competitor device drifts to the wrong side of the street, jeopardizing pedestrian navigation instructions. Image courtesy of Google and Broadcom.