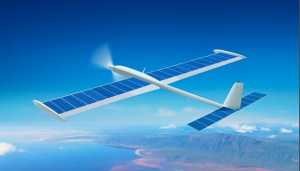 Can cars be run on solar energy alone? Vehicle-mounted photovoltaic (PV) cells have been able to provide sufficient day-time power for very light-weight experimental “solar cars” as demonstrated in the cross-Australia World Solar Challenge.  However, even with lighter, more efficient cells, it is a big step from that to conventional cars for general use. Solar PV battery chargers are widely used on yachts and other vessels for ancillary power. They are also used to power the units of some refrigerated transport containers to reduce fossil-fuel use by delivery trucks. Yet PV-powered cars might seem a step too far and not everyone is convinced that enthusiasm for this idea is entirely justified.

Cars do, however, spend of lot of time parked or driving in the open air, so roof-top PV cells could be used to charge electric vehicle batteries. And several solar cars have now been developed, although in most cases the solar input is a “top up” to standard grid charging, adding a few miles extra to their daily range on sunny days. For example, Toyota claims that its solar car can manage up to 55 extra kilometres with a full day’s solar charge. Going one better, Lightyear’s new solar car claims to be able to add almost 20 km extra range for each hour of solar charging, possibly taking the total range up to 1250 km.

The solar-roof system on Hyundai’s new solar car is claimed to be able to charge 10–60% of the battery per day. So if six hours of daily high-level solar charging is possible then it might be possible to increase the annual travel distance by an extra 1300 km. That’s valuable, saving on mains charging costs, but it also means that, if you do not need to drive long distances each day, you may not have to use charging points at all. For example, with the version being developed by Toyota, it is claimed that if the car is only driven four days a week for a maximum of 50 km a day it does not need to be plugged in anywhere. It could be the same with some of the others.

That may be fine for some short-distance commuters, but otherwise it is still a bit limiting. In general, it may make more sense to rely mainly on domestic — or car park — grid-linked charging. If you want solar charging then it might be best to use chargers at car parks with PV covered car-ports  It is certainly becoming increasingly common in the US — and also in some parts of the EU — to mount PV arrays on weather protection canopies/sun shades erected over car-parking spaces at retail outlets, train stations and similar venues.

In some cases the power produced is made available to charge electric vehicles. Solar canopies have become a booming market, with, for example, parking-lot canopy-scheme capacity in the US already heading for over 1 GW. For good or ill, there are a lot of car parks around the world and the solar canopy idea seems likely to spread, especially in sunnier countries where car-lot sunshades are already common.

There are also some other novel static options for PV transport applications. For example, a study by Imperial College London has backed the idea of PV generation alongside rail tracks that would feed power direct to the live rails rather than via the grid. The UK Department for Transport is supporting work on using a novel PV “clip-on” system for railway-track sleepers.

Up in the air

An even more exotic transport idea is to power airships using solar cells. Dirigible balloons offer a large top surface area for PV cells and their output could be stored in batteries and used to run electric motor-driven propellers. Given that airships can fly above the clouds, so increasing the amount of sunlight available, some interest has been shown in the idea. They offer leisurely travel options, but also heavy lifting capacity for delivering bulky items to remote locations. Emergency access for disaster relief is another possibility, with some interesting hybrid balloon/aircraft versions emerging.

On the larger scale, China has developed a high-altitude solar-powered airship project that could be used as an alternative to satellites for telecommunications an idea that has also driven the development of solar-powered drone-like aircraft. An unmanned solar-powered aircraft developed by Airbus has operated in the stratosphere at an average altitude of 20,000 m, with its maiden flight in 2018 lasting almost 26 days.

Some small light-weight solar-powered manned aircraft have also been tested.  In 2016 the single-seat Solar Impulse 2 craft circumnavigated the globe without using fuel. The trip was completed in 17 separate legs. It was an impressive feat and there have been some larger projects proposed since, including one six-seater. Some see this sort of development as essentially power-assisted gliders and so perhaps not heralding the advent of solar-powered aviation on a large scale, especially given the solar power to load/lift/speed ratios. However, it is early days yet and, for example, some hybrid balloon/aircraft variants might do better.

More likely to be viable in the short term are simple battery-powered light aircraft that are charged when they are on the ground. If they are charged with green/solar power then it would make them zero carbon. Some interesting projects are underway and they are moving up-scale quite rapidly. A nine passenger Alice prototype recently emerged and there are plans for some quite large electric planes. Though the current emphasis is on short haul and hybrid systems.

Longer term, hydrogen powered planes may be a way ahead. Examples include the 4-seater HY4 tested in 2016 in Germany and the Element One concept developed by Singapore-based HES, which uses fuel cells to make electricity. The hydrogen fuel would be produced by electrolysis, using power from green/solar energy sources on the ground.

However, the energy density by volume of hydrogen gas is low and pressurised gas /liquid hydrogen storage systems are heavy. Unsurprisingly, given their higher-energy densities, liquid biofuels are usually seen as a more likely choice for aircraft with the hunt being on for the best option. In that case, the planes would be solar powered, but the Sun’s energy would have been harvested by biomass grown on the ground — or possibly at sea.  That would reduce the need for large areas of land to grow biofuels for aircraft, although there are all sorts of other eco-issues with growing biofuels, wherever it is done.

Looking more broadly, while some of these new fuels and/or the use of green electricity might reduce aviation emissions, maybe we need to rethink our love of flying. Otherwise, we may end up using our green fuel/green power for that purpose only — a real possibility according to one recent study. We may need that green energy for other more energy-efficient forms of transport. This includes trains powered by electricity supplied by wind farms or trains that use hydrogen produced from renewable sources.

Despite the space limitations, putting PV solar on vehicles, cars or even planes may avoid direct conflict with the use of green energy for other types of transport. Although it may take time for applications, solar energy looks like it will play an expanding role in transport.