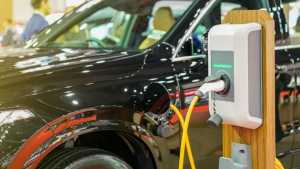 State-owned Rajasthan Electronics & Instruments Ltd (REIL) and Energy Efficiency Services Ltd (EESL) have bagged a significant chunk of orders for setting up more than 2,500 e-vehicle charging stations in about 90 cities across the country. No private sector company has qualified.

About 50 bids were received from private companies for tenders floated under the Centre’s second phase of Faster Adoption and Manufacturing of (Hybrid &) Electric Vehicles in India (Fame-II) scheme, but the companies did not qualify as they had to bid through nominated agencies for the states, sources said.

“We will evaluate the results and the documents once an official statement about the results is made,” an executive at one of the private bidders said.

Of the Rs 10,000 crore Fame II scheme, Rs 1,000 crore has been earmarked as subsidy for setting up the charging stations.

The Department of Heavy Industry received a total of 100 bids from public and private companies in response to tenders for setting up public charging stations for electric vehicles.

REIL will set up the charging infrastructure in about 50 cities.

Urban local bodies of Dehradun, Guwahati and Tirupati; and municipal corporations of Navi Mumbai and Bhubaneswar also could bag some of the contracts.

About 1,000 charging stations will be set up in about seven cities, including Delhi, Mumbai, Hyderabad, Kolkata and Ahmedabad, with populations of over four million, sources said.

The focus of the Fame II scheme is electrification of public and shared transportation and laying of charging infrastructure for electric vehicles.

Early last year, the ministry had issued a notification clarifying that setting up charging stations for electric vehicles will not require a separate licence under the Electricity Act, 2003.

The power ministry issued guidelines in December last year for charging infrastructure, under which it asked public charging stations to install both Japanese and European charging platforms.