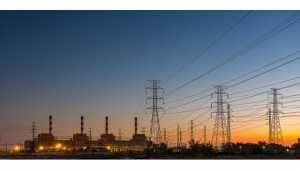 India’s installed power generation capacity has reached 364.9 gigawatts, which is sufficient to meet the country’s electric demand, Parliament was informed.

Besides, the peak as well as energy requirement deficit was less than one percent during the first seven months of 2019-20, Minister of States for Power and New and Renewable Energy R K Singh said in a written reply to a question in the Lok Sabha.

“As on 31.10.2019, the installed generation capacity in the country is around 3,64,960 megawatt (MW), which is sufficient to meet the electricity demand in the country. It may be seen that the gap between demand and supply of power during the current year 2019-20 (up to October 2019) both in terms of energy and peak is less than 1 percent,” he said.

This gap, Singh said, is generally on account of factors other than inadequacy of power availability in the country such as constraints in sub-transmission and distribution network, financial constraints of state power utilities to purchase power.

He further said if there is any shortfall in meeting power requirement, distribution companies can also purchase power from power exchanges on a daily basis.

“The government is supporting the states/UTs in augmenting and strengthening the intra-state transmission and distribution network through various schemes including Deen Dayal Upadhyaya Gram Jyoti Yojana and Integrated Power Development Scheme,” the minister said.

The coal supply has also improved, as the coal stock in power plants as on November 21 stood at 23.1 million tonnes (MT) for 14 days as against 12.1 MT for 7 days on the same day last year, the minister said.