Photonic Sensors are reselient against large doses of radiation 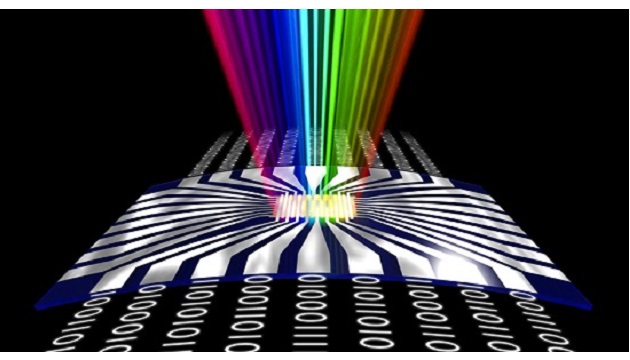 Researchers at the National Institute of Standards and Technology (NIST) have identified a class of silicon photonic sensors that could be effective in high-radiation environments because of their ability to withstand high radiation doses. Results from tests performed by the team indicate the durability of such devices under harsh conditions and suggest that these sensors could be customized to measure radiation doses in both industrial applications and clinical radiotherapy.

Measurement of device characteristics such as peak center, peak width, force sensitive resistor (FSR), and temperature sensitivity did not reveal any significant dose-dependent changes, indicating that for all devices tested, the characteristic group index, dispersion, and thermo-optic coefficient would remain constant for aggregate doses up to 1 MGy, the maximum absorbed dose delivered in the study.

“We found that oxide-coated silicon photonic devices could withstand radiation exposure up to 1 million gray,” said researcher Ryan Fitzgerald. “It’s the upper limit of what our calibrations customers care about. So the devices can be assumed to work reliably at industrial or medical radiation levels that are hundreds or thousands of times lower.”

The NIST team’s results suggest that these sensors could be used to track levels of ionizing radiation (i.e., radiation with energy high enough to alter the structure of atoms) used in food irradiation to destroy microbes. The sensors could also be used in medical device sterilization, and could have potential applications in medical imaging and therapy.

The results could also have implications for new medical therapies that employ extremely narrow beams of protons or carbon ions, and for medical sterilization processes that use low-energy beams of electrons. “Our sensors are naturally small and chip-scale,” Fitzgerald said. “Current dosimeters are on the order of millimeters to centimeters, which can give erroneous readings for fields that vary over those dimensions.”

In the next stage of its research, the team will test arrays of sensors simultaneously in identical conditions to see if variations in dose over small distances can be resolved.

“Eventually, we hope to develop chip-scale devices for industrial and medical applications that can determine absorbed dose gradients over distances in the range of micrometers and thus provide unprecedented detail in measurements,” said researcher Nikolai Klimov.