The policy is expected to be launched in the coming financial year.

Speaking at the 9th edition of Source India conference on the topic ‘Vision for Value Addition in ESDM Sector’, Sampath said the government is currently working with the industries to frame the policy.

“We are taking inputs from industrialists to understand their expectations and challenges,” Sampath said. “We are also holding discussions with industry representatives every three months to address their grievances and seek improvements.”

K Gnanadesikan, Additional Chief Secretary – Industries, said: “Through interactions we are seeing if we can prioritise individual investor grievance as opposed to generalities.”

Talking about the electronic manufacturing ecosystem, Gnanadesikan said the State has been a pioneer in developing a hardware ecosystem. “We helped bolster demand for electronic products in the last six years by buying three million laptops so far for student laptop scheme,” he said. The State is also laying groundwork in 13,000 panchayats in the State for optical fibre network at an investment of ₹1,230 crore.”

The government recently implemented Tamil Nadu Business Facilitation Act that enables clearance of application in 29 days for establishing new enterprises. Of the five companies applied so far, one has been granted permission and three are under process.

SK Marwaha, Director, Union Ministry of Electronics and Information Technology, said the electronic manufacturing industry is set to grow as demand is projected to touch $400 billion by 2024. He said the focus should be on domestic value-addition. Around 113 units to produce mobiles and related components have been set up under the Centre’s phased manufacturing program that aims to increase the use of locally-produced electronic components in mobile phones. “Soon LED lights and set-top boxes will also come under the program,” he added. 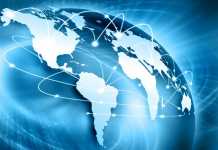