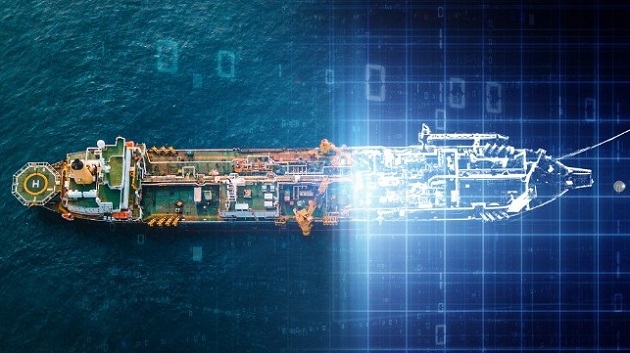 The Navy’s public shipyards — which repair the service’s submarines and aircraft carriers — are ageing and facing obsolescence issues. To revitalize the yards and improve infrastructure, the Navy is in the midst of a multi-billion-dollar optimization overhaul that will employ digital twin technology to map out areas most in need of changes.

Rep. Rob Wittman, R-Va., ranking member of the House Armed Services subcommittee on seapower and projection forces, said the yards are in dire need of an upgrade.

“If you go to a place like Norfolk Naval Shipyard, and you’re working on a ship in a dry dock and the shop that is producing materials for that ship is thousands of feet away, … it is grossly inefficient to be able to do that,” Wittman said.

Over time, the infrastructure “got a little misconfigured for what we’re doing,” Lagana said in an interview.

The missions had changed over the years from shipbuilding to maintenance, and then to nuclear-powered ship maintenance, he noted.

“The infrastructure just never evolved with those changes,” he said.

The Navy recognized that infrastructure is intrinsically linked to performance and in 2017 began laying the groundwork for the SIOP program, which officially began in the summer of 2018, Lagana said.

“This really is an industrial manufacturing optimization program with a focus on productivity in the shipyards and how that affects the overall national defence,” he said. “How do we get submarines in and out of shipyards as efficiently as possible, so the fleet commanders have the assets they need to do their mission?”

Critical to the effort is a modelling-and-simulation technology known as digital twins which digitally replicates an object, place or building, said Stephanie Douglas, executive director for logistics, maintenance and industrial operations at Naval Sea Systems Command.

“The modelling and simulation are really key as it allows us the opportunity to figure out how to optimize flow, not only within the shops but around the yards to provide the most efficient and productive layout for operations within the shipyard,” she said.

“We’re already seeing some really exciting things come out of the modelling-and-simulation piece of it in terms of opportunities.”

The service reached out to industry to tackle the “massive effort” and chose Siemens Government Technologies to create digital twins for each of the four yards, Lagana said.

“There has never been a digital twin modelling-and-simulation effort of this size and scale ever in the world,” he said.

The service completed its first digital twin of Pearl Harbor Naval Shipyard near the end of 2020, he said. Puget Sound recently finished up its baseline model and will soon begin analysis for its industrial optimization. Meanwhile, data collection recently wrapped up in January at Portsmouth.

“Once we do the validation and verification of that, we will start into that effort,” he said.

Norfolk is also moving along well, he added. Lagana noted that all the yards will have their digital twins up and running this year. The service is already gleaning a great deal of information from Pearl Harbor’s digital twin, he said.

“We’re definitely getting some better insight into some potential tweaks in infrastructure,” he said. “With any analysis, you kind of want to find that sweet spot, that knee in the curve to where can I get the most efficiencies with the best return on investment.”

In some cases, the Navy is finding that some areas are not as bad as they originally thought and applying “lean manufacturing principles” could provide good value, Lagana said.

However, in other areas they are finding that they may need to construct new buildings to create efficiencies.

For example, some workforce service buildings may need to be moved closer to the waterfront, he said. “That way the workers don’t have to travel so far for food or for training or for any type of support,” he said.

In April, the office plans to bring together all of Pearl Harbor’s facilities engineers, modellers and industrial engineers to sift through the data and outline a new area development plan that will articulate the service’s intentions for the shipyard, Lagana said. That will include infrastructure investments that are required to achieve efficiencies and a strategy to execute them.

As the various digital twins come online, the Navy is applying lessons learned to the entire program, he said.

“We’re learning as we’re ingesting thousands and thousands of lines of data and information into the model,” he said. The service is identifying limitations in the software and working through those to make the system more efficient. Those changes will then be incorporated into the other digital twins.

Already the service has found changes at Puget Sound that can be applied to Pearl Harbor.

“The interesting thing is we found out a tidbit of information at Puget Sound that we did not find at Pearl because of a different business line,” he said. “It’s a constant learning process. We’re learning every day with the data, the model and how we interact with the model.”

Lagana compared the Navy’s digital twin approach to what is known as the spiral development of software.

“You let [the first version] run for a little bit, find your bugs, and then your program in the fixes for those bugs,” he said. “We can continuously do this with the model. We can manipulate the model with new information, and you can program in different functionality … so we can run different types of analyses.”

The digital twins are becoming very robust and flexible tools, he added.

Lagana noted that the service went with a single contractor for all four yards to increase continuity among the digital twins.

“There are different variables at each of the shipyards that we have to consider, … [including] what kind of mission, what kind of fleet assets each shipyard services, inactivation of ships, different types of ships that can pull into different types of dry dock to different yards,” he said. “We felt like a risk mitigation tool, we’ll use one approach, one methodology at all four sites to get us to a really high confidence level baseline that we can then evolve from.”

This approach has facilitated knowledge transfer between the yards and has allowed the service to make progress rapidly, he added.

Lagana noted that so far there have been no delays caused by the COVID-19 pandemic.

“We haven’t even seen a delay of one day,” he said. “As soon as COVID hit, the team got together, and because a lot of this is digital kind of work and the big boom of Zoom and [Microsoft] Teams and virtual meeting platforms, … it was easy to continue to have those engagements in a virtual environment and continue the dialogue and the data transfers to keep moving.”
Lagana noted that digital twin technology could be useful across the Navy, including in private ship repair yards for surface vessels.

Bryan Clark, director of the Center for Defense Concepts and Technology at the Hudson Institute, noted that some private construction shipyards are already employing the technology.

“Doing digital models of your shipyard is very popular in some of the high-efficiency shipyards you see overseas. Chinese shipyards, Daewoo in South Korea, German shipyards — all use computer modelling,” he said. They “have for a long time been using computer modelling to improve the efficiency of their shipyards and improve their workflow and figure out how to maximize the predictability of the ship construction process.”

Digital twins are just now starting to be employed in ship repair yards, he noted. The challenge for them, however, is that they are much smaller than new-construction yards and have less money to invest.

“The returns aren’t as significant,” he said. “You don’t get the big tranche of money that you do with a ship construction project where you can sort of bringing your digital twin investment into the construction of a new class of ship.”

Digital twinning requires a lot of software and time which can result in significant investment, he said.

“They may not have that kind of cash lying around,” he noted. The Navy could either provide a system to them or help them invest in it themselves by giving them a grant.

However, Wittman has criticized the SIOP program and said it is taking too long to complete.

“We need to cut the SIOP plan in half in order to have any chance of having what’s necessary to maintain the ships,” he said. “If we’re going to build to a 500-ship Navy the only way that we have the full capability of those ships is to make sure that there’s not a single maintenance availability that’s missed; and making sure, too, that we have necessary practices in order to get change orders through quickly, to make sure we model what to expect.”

Vice Adm. William Galinis, commander of Naval Sea Systems Command, noted that the SIOP program “is certainly one of those things that we really need to get after” over the next decade.

However, Douglas said accelerating the program would not be easy.

“Think about it in terms of living in your house while they’re doing a wholesale renovation and moving you from room to room to room,” she said. “That’s the challenge that we will have in trying to accelerate as there are so many dependencies in between everything we do within the shipyards.”