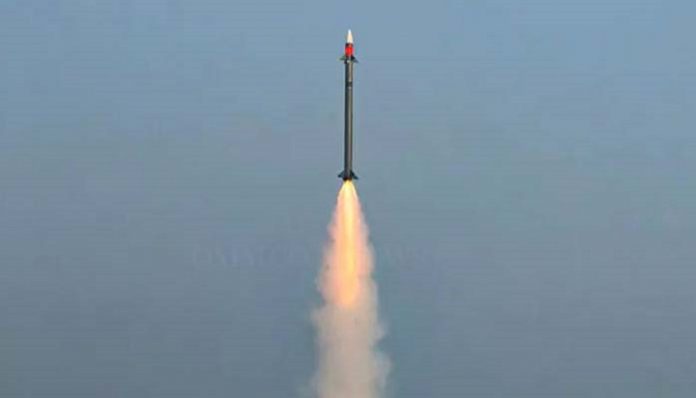 Defence sources said two rounds of the indigenously developed missile were tested from a static vertical launcher positioned at the Integrated Test Range (ITR) at about 1.30 pm and 4.45 pm. The missiles were fired against simulated targets.

“The missile was test-fired for demonstration of its vertical launch capability as part of the maiden trial. The two weapon systems intercepted the simulated targets with pinpoint accuracy on both occasions. The missiles were tested for minimum and maximum range,” the sources said.

Designed and developed by DRDO for the Indian Navy, the VL-SRSAM is capable of neutralising various aerial threats at close ranges including sea-skimming targets.

The VL-SRSAM with a weapon control system (WCS) was deployed during the trials.

DRDO Chairman Dr G Satheesh Reddy said the trials have proved the effectiveness of the weapon system. “A few more trials will be conducted before deployment on Indian Naval ships. Once deployed, the VL-SRSAM system will prove to be a force multiplier for the Navy,” he said.

The next generation all-weather air defence missile system can provide point and area defence against various aerial targets like jets, fighter aircraft, unmanned aerial vehicles. The canister-based state of art weapon system can identify, track, engage and destroy the target with high kill probability. It has a strike range of about 40 km.

The launches were monitored by senior scientists from various DRDO labs involved in the design and development of the system. Defence Minister Rajnath Singh congratulated DRDO on the successful trials.

Drone Technology Ventre starts at IIT-Roorkee for Research on Drones

Choosing the right quality & reliability levels for your Space Mission