Home Photonics A New Study Reveals that Quantum Physics can cause Mutations in our... 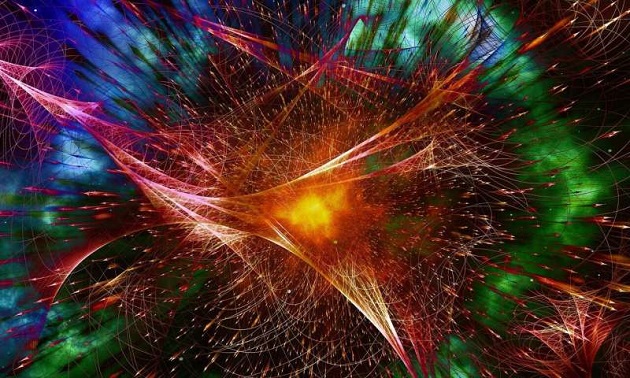 Quantum biology is an emerging field of science, established in the 1920s, which looks at whether the subatomic world of Quantum Physics plays a role in living cells. Quantum mechanics is an interdisciplinary field by nature, bringing together nuclear physicists, biochemists, and molecular biologists.

Proton tunneling involves the spontaneous disappearance of a proton from one location and the same proton’s re-appearance nearby.

The research team found that atoms of hydrogen, which are very light, provide the bonds that hold the two strands of the DNA’s double helix together and can, under certain conditions, behave like spread-out waves that can exist in multiple locations at once, thanks to proton tunneling. This leads to these atoms occasionally being found on the wrong strand of DNA, leading to mutations.

Although these mutations’ lifetime is short, the team from Surrey has revealed that they can still survive the DNA replication mechanism inside cells and could potentially have health consequences.

Dr. Marco Sacchi, the project lead and Royal Society University Research Fellow at the University of Surrey, said: “Many have long suspected that the quantum world—which is weird, counter-intuitive and wonderful—plays a role in life as we know it. While the idea that something can be present in two places at the same time might be absurd to many of us, this happens all the time in the quantum world, and our study confirms that quantum tunneling also happens in DNA at room temperature.”

Louie Slocombe, a Ph.D. student at the Leverhulme Quantum Biology Doctoral Training Centre and co-author of the study, said:

“There is still a long and exciting road ahead of us to understand how biological processes work on the subatomic level, but our study—and countless others over the recent years—have confirmed quantum mechanics are at play. In the future, we are hoping to investigate how tautomers produced by quantum tunneling can propagate and generate genetic mutations.”