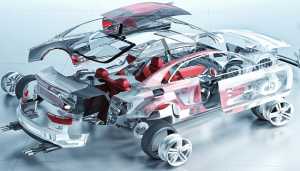 Modern world has witnessed massive amount of changes in infrastructure as well as methods of automotive. In today’s world, the automotive sector is at a very efficient stage. With consumer interest and demand growing rapidly from the past so many years, it is equally evident that mankind is phenomenally dependent on automobiles for its daily devoir.

The rapid growth of automotive in all sectors of life has equally benefitted the market and its growth. With the implementation of electronics, sensors and advanced technology in the automotive industry on a larger scale, the consumer demand has reached astounding heights and is still on a higher scale. When comparing the automotive sector of the past with the present, it is highly evident that the traditional automobile world was full of mechanical applications contrary to the recent times which includes a lot more effort of electronics and technology implied in it.

We might gracefully appreciate it in the areas of security, infotainment, efficient driving and sensor technology, the systems in today’s automotive sector has become a major criteria in selecting a vehicle for consumer needs. Different technologies are implemented in today’s smart vehicle so as to meet the growing consumer expectations all around the globe.

Indian Market has become an established ground space for the automotive companies for their growth and development. It took India so many years to increase the annual production and is expected to reach tremendous heights in the near future. Hitting that great mark will depend on today’s rapid economic development.

Currently, the automotive sector contributes more than 7.5 percent to India’s GDP. Rising incomes will also play a role, as roughly so many households could enter the consuming class. Some of the people would leap straight into four-wheeler segment, and others will graduate from two- to four-wheelers. For example, cities like Delhi and Mumbai are expected to be a sweet spot for car manufacturers to target.

The Indian automobile industry has started to show a deep decline in the market after a near-decade of attractive growth. However, the fundamental of the automotive industry is still strong. India is slowly but steadily emerging as the powerhouse in the automobile industry but there are still many factors which pull the string from making our country move ahead.

In the current living trend, India is considered to be a sleeping giant in the automotive market. In the first quarter of the financial year 2019-20, there was a huge decline in the car sales rate as well as passenger vehicle sale rate. This is considered to be the worst market performance after the year 2001. This decline in sale rate brought immense financial as well as economic loss to many automotive companies.

Some of the factors which contributed to the decline are mentioned below:

The major challenge faced by the automakers was to upgrade most of the product line to meet the new BS-VI emission norms. Many Automotive dealerships have already closed their shops due to poor sales in the past and many companies are facing the hurdle to meet the sale target. This will also have a huge impact on the new hiring and new expansion plan.

On the contrary, Electric cars or EV’s have been gaining a lot of publicity in the recent days due to their advantage of conventional internal combustion engine (ICE) automobiles, reducing air pollution, emissions and significantly costs lower on energy i.e. with respect to fuel to electricity.

The automotive industry is currently witnessing an enduring storm of change. With multiple new technology innovations and market shifts hitting the industry at the same time, automakers are facing one of the most challenging environments of the last century. As a result, change now is part of the core culture for automakers. For example, Tesla is making significant progress in the electric vehicle space as well as took a novel approach to automotive engineering.

As cars become smarter and more automated, a lot of innovative technology will be needed to make them even more useful to drivers. The latest automotive advancements has a different picture to offer in the industry worldwide, with initiatives like sensor technology, artificial intelligence, machine learning being implemented in the sector each and every day, the options are always vivid and varied. These factors in today’s world has affected the consumer interest rapidly and has witnessed severe competition amongst the automakers.

Here are some of the distinct areas of technology focusing on the latest elevations in the automobile industry for factors like safety, comfort, security as well as infotainment:

Artificial Intelligence (AI) and Machine Learning (ML) have an essential part in the future of the auto industry as predictive capacities are getting more predominant in autos, customizing the driving adventure. Automobiles are shifting into IoT gadgets which can associate with smartphones and take voice commands

A camera installed on the rear-view mirror recognizes when the car is surrounding approaching traffic, and additionally vehicles ahead going a similar way, and withdraws the high beams.

The smart home integration technology was introduced with the voice command amalgamation. The user gives in-car command over carport doors, home lighting, and any other gadget that may be associated. Different auto manufacturers are additionally venturing up with associated auto contributions that will deliver it to the market as the year goes on.

Autonomous vehicles are self-driving autos that utilize different cameras, sensors, an EPS motor, laser scanners, brake actuators, and obviously enchantment, to drive by itself. The most famous self-driving car, which has been around for many years and as yet going strong, has a place with Google

Vehicle-to-vehicle communication or V2V is another new innovation in autos that enables vehicles to speak to each other, things around them and the road. With V2V innovation, the vehicle will get a signal from the other vehicles in the same route directly.

Most carmakers offer some sort of connected smartphone app, but some are better than others. These features lets you remotely lock and unlock the doors, check the status of things like fuel and tire pressure, and even remotely start the car to warm things up on a cold winter’s morning.

Automatic Emergency Braking or AEB uses a variety of sensors to determine if a forward collision crash is imminent and automatically applies the brakes to diminish the severity or avoid a crash entirely. The auto industry agreed to make AEB standard in cars by 2022, but many vehicles have it available today.

By combining cameras on every side of the car with some clever computing power, your car’s display can show a virtual top-down view of your surroundings.

Augmented Reality dashboards, AR for short, will function in a similar way for drivers. Augmented reality dashboards will be able to identify objects in front of a vehicle and tell the driver how far they are away from the object.

The panels would capture energy produced by technologies like regenerative braking or when the car is plugged in overnight, that energy gets back to the car when it’s needed. Not only would this help reduce the size of hybrid batteries, but the extra savings in weight would eliminate wasted energy used to move the weight from the batteries.

This relates to autonomous technology, but it’s different because it’s the car that actively commands and makes its own decisions. The rapid increase in sensor technology will force a shift in priority, giving the car final say rather than the driver.

Revolution on the road ahead

The emerging technologies are creating a whole new experience for automakers. Without question, companies will need to manage all of the technological and automotive industry trends as well as the related operational and manufacturing changes of this new era for the automotive industry. Segment wise, mini cars and hatchback cars have been the mainstay for the automobile industry in India. These segments will continue to maintain a dominant position, but the majority of growth is expected to come from new segments such as compact SUVs, sedans, and luxury vehicles.

In India, through the Automotive Mission Plan, the National Electric Mobility Mission Plan, and other initiatives, the government seeks to achieve two objectives:

To tackle emissions, the government seeks to bring local standards up to the mark with that of the global standards, enabling India to leapfrog from BS-4 to BS-6 emissions by 2020. Additionally, India has implemented Corporate Average Fuel Efficiency norms in which the manufacturers have to improve their fuel efficiency by 10 percent between 2017 and 2021 and by 30 percent or more from 2022.

Globally, the sector is undergoing a radical revolution, and technological innovation is at the centre of all these. The automotive manufacturing industry is no exception to this. They are the most significant absorbers of technology, making impactful progress over the years.

More than a century later, ideas that were considered impossible are now realizable through manufacturing. Today, the automobile manufacturing industry is intensively digitized. It is no longer a question of how, but when. It is now apparent that pioneering innovations are possible, and all that remains is the commercialization of innovator’s concepts and its ideas for smooth mobility. 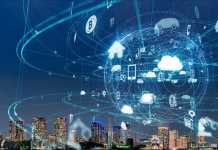 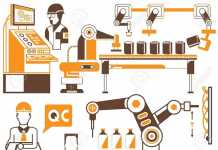 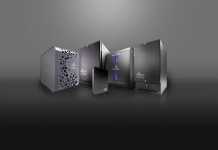