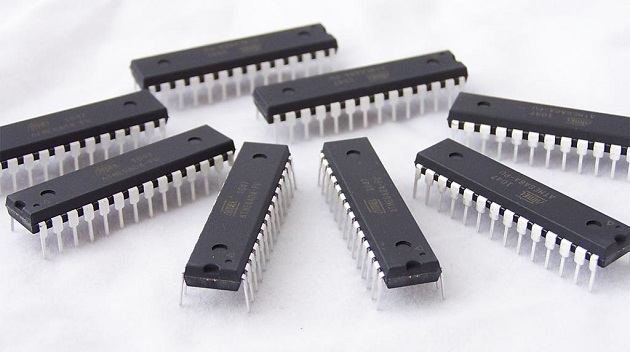 “The rapidly growing automotive industry is expected to be the key driver of the market over the forecast period. Additionally, a high degree of competition in the industry has resulted in the price reduction, which is expected to further boost the market growth. Moreover, the emphasis on the implementation of energy efficient solutions for both discrete and process industries will propel the sustainable manufacturing in industrial automation for a more efficient process”

On the basis of product type, the microcontroller market is segmented into 8-bit, 16-bit, and 32-bit. The increasing popularity of 32-bit microcontrollers owing to the decrease in the unit price of the product is expected to drive the very industry. The emerging segments, such as automotive, communications, consumer devices, and industrial, are driving the growth of the 32-bit MCU industry over the projected period and are expected to have a greater share of the sales throughout the forecast period. The 32 bit MCU market earned a revenue $3.68 billion in 2016 growing at the highest CAGR of 10.2% during the forecast period.

The multiplication of startup businesses in the emerging economies, such as India, China, Singapore and Taiwan that offer basic controller services along with innovative add-on services and products, such as insurance, GPS navigation, and entertainment systems, are some of the major factors attributing to the growth of the industry.

The increasing applications in the automotive industry are expected to lead to a significant growth of microcontroller market. The segment led the market garnering a revenue of $3.06 billion in 2016 and is expected to have the highest CAGR of 8.8% during the forecast period of 2016-2024. The industry is expected to have a significant growth specifically in the Advanced Driver Assistance System as the technology uses image sensors to improve the driver’s safety by offering features including lane departure warning, parking assistance, and collision avoidance systems.

• The Asia-Pacific region is expected to lead the market throughout the forecast period, earning a revenue of $7.35 billion in 2024 and growing with a CAGR of 8.8%.

• The automotive microcontroller segment lead the market garnering a revenue of $3.06 billion in 2016 and is expected to have the highest CAGR of 8.8% during the forecast period of 2016-2024

To know more about the report, visit at https://www.esticastresearch.com/market-reports/microcontroller-market

What all you need to know about software updates on embedded...