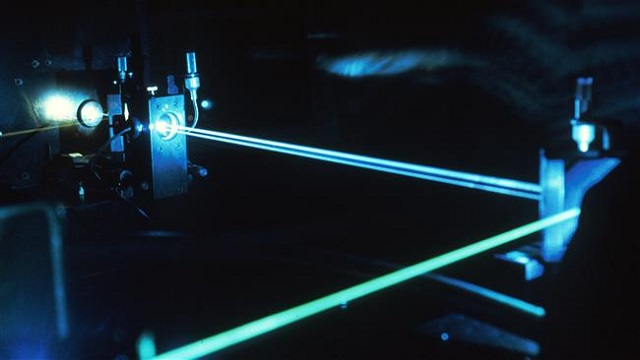 Scientists have developed a cloaking technology that can make opaque materials invisible by using light waves from lasers, paving the way for novel ways of camouflaging objects. A completely opaque material is irradiated from above with a specific wave pattern – with the effect that light waves from the left can pass through the material without any obstruction.

The technique can be applied to different kinds of waves, and should work with sound waves just as well as with light waves, researchers said. “Complex materials such as a sugar cube are opaque, because light waves inside them are scattered multiple times,” said Stefan Rotter, from Technische Universitat Wien (TU Wien) in Austria.

Special materials have been worked out, for example, which are able to guide light waves around an object. Alternatively, also experiments have been performed with objects that can emit light by themselves.

When an electronic display sends out exactly the same light as it absorbs in the back, it can appear invisible, at least when looked at in the right angle.

If this pattern perfectly corresponds to the inner irregularities of the material which usually scatter the light, then the projection from above can effectively switch off the scattering, and another beam of light travelling through the material from one side can pass without any obstruction, scattering or loss.