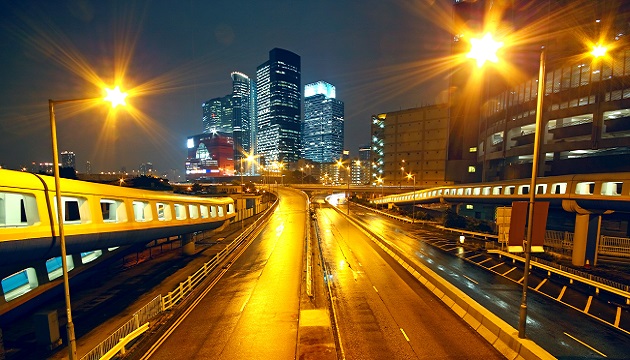 India’s LED story has been nothing short of spectacular. When you consider a country that has been generally slow to adopt new technologies, spare for the smartphone revolution, the way India’s price sensitive market has adopted LED lighting makes for a great story. When you look at what LEDs have to offer, it won’t be hard to understand as to why most Indian households have embraced this technology. LEDs are far more energy efficient than their CFL and tungsten counterparts and at the same time offer much more operational working hours. When you factor in those advantages, the initial high price of LED bulbs seems like a justifiable sum of money to shell out.

However, it would be unfair to talk about India’s LED energy revolution without talking about the brilliant governmental factors that led to this huge demand. Ever since PM Modi took over the reins of the country, he had a clear idea regarding the energy situation in the country. Village electrification was one of his biggest agendas upon election and that really led even India’s countryside accepting LED bulbs. The EESL (Energy Efficiency Services Limited) has had a huge part to play in this wonderful narrative.

Apart from offering LED bulbs at a much lower cost to the Indian populace, the State owned organisation has launched at number of key initiatives to make LED bulbs a mainstream in Indian households. Some of these initiatives include:

The scheme was announced as “Domestic Efficient Lighting Programme (DELP)” in January 2015 and later renamed Unnat Jyoti by Affordable LEDs for All (UJALA). It urged the people to use LED bulbs in place of incandescent bulbs, tube lights and CFL bulbs as they are more efficient, long lasting and economical in their life cycle duration.

The scheme aims to light up every household with LED bulbs, tubelights and 5-star ceiling fans. More than 25 crore households across the country have benefited from this scheme.

“The distribution of 230 million LED bulbs, 800,000 energy efficient fans and 2.3 million LED tubelights has cumulatively helped India save 32 billion kWh electricity annually, the production of which would otherwise have consumed 19 million tonnes of coal. This has led to an annual reduction of 25 million tonnes of CO2, which is equivalent to growing approximately 600 million trees over a period of ten years. Adding to that, consumers are saving over 124 billion on their electricity bills annually,” wrote EESL’s Saurabh Kumar in an Economic Times column.

In fact, such has been the power of this light revolution, that the production of LED bulbs increased by over 30 times in 2016 where we were shipping close to 30 million units of LED bulbs per month. Not only that, the massive demand for LED bulbs also brought down the price significantly- a 7 Watt LED lamp costing just around Rs100 ($1.5) compared to Rs650 ($9.8) a few years ago.

When you look at it, the agenda to promote LED lights is not only a sign of embracing newer technology. It signifies something far more important and crucial for India’s growth aspirations too. India has always been a power hungry nation largely due to its large population, and yet, somehow, the country has always been in the midst of a power crisis. For Asia’s third largest economy, that is not a good thing. With an annual power shortfall of about 4 per cent, India is in dire need come out of this ongoing power crisis if it expects to cement its place among the strongest economies of the world- a dream that has always been a bit too far for us Indians.

This neatly puts us in place to understand that while LEDs have been embraced by India’s industries and households, there are still certain challenges that the industry needs to address. Most important of them being India’s noisy neighbour China. Cheap Chinese imports have had a catastrophic effect on most Indian industries and things aren’t all that different for the LED sector as well. We are still dependant on Chinese imports for several component level ingredients in a LED bulb. MLS India’s Krishan Sujan told ELE Times a rather particular story about LED casings. “Casings can be made in India today. That is not an issue. But, the problem is that the quality of the casings made in India is extremely low compared to Chinese imports,” said Sujan.

Then there is a concern if we were too optimistic at anticipating the entire LED revolution a bit too soon. Industry officials still feel that India’s price sensitive market is not yet ready for the real LED boom. Much of the hullabaloo that surrounded the entire push seems to have died down now and major LED firms are now looking at the grim reality as LED adoption still remains a key challenge. “In India, the consumer mindset is the biggest challenge. LED adoption finds itself caught in many a tangles like pricing, availability and belief in the product and a ‘do I need it now?’ mindset. Since, LEDs are generally bought only after existing bulb has lived out its life and not bought in advance for the day when the existing bulb is likely to go ‘fused’, it is very critical for the user and buyer to understand the advantage of purchasing LEDs over other options,” said Moser Baer’s Chief Marketing Officer Deepak Shetty.

The above two challenges have together created the biggest challenge that faces India today- a poor manufacturing situation. Cheap Chinese imports and a lack of demand has left manufacturers with little to no incentive to continue manufacturing LED bulbs in India. While this obviously hampers PM Modi’s another flagship initiative “Make in India”, it also creates an imbalance in the demand-supply chain which then has to be eventually balanced out by increased imports. “The most critical hurdle in the growth of LED manufacturing in India is on account of inadequate development in manufacturing of LED chips and microchips, as they still have to be imported at high cost resulting in constraints in developing larger variety, colours and performance and innovations in LED Lights,” said EON Electric’s VP Mahendru.

In India, the first LED bulb was manufactured by NTL Electronics in 2009 based on the technology from Lemnis. And what NTL’s MD had to say about the LED situation is perhaps the best summation of all the challenges that industry is facing right now. “Some of the major challenges faced by the domestic lighting industry are a lack of awareness, the presence of sub-standard Chinese products, lack of technical standardised norms, and the high cost of manufacturing due to low volumes. Hence, the price for the consumer is still high,” said NTL Electronics’ MD, Arun Gupta.

Technology adoption and consumer price sensitisation will be the key drivers of India’s LED growth story. Fortunately for us, an able leadership at the centre has so far facilitated a huge boom in the LED industry. India’s entrepreneurial spirit will be put to the test as newer technologies shape up the lighting world. And with a successful convergence of India’s politics and corporate, the LED industry will perhaps usher itself into a new dawn. “Human-centric lighting,’ where LED light can be tuned to positively help people, is likely to become a mainstream trend, whether it’s providing the optimum light setting to help someone to concentrate, energize or relax. It’s likely to be a hot topic in 2019 and beyond as businesses and consumers start to use it and the mental and physical benefits are explored in more depth,” said Andy Baxter of Philips Lighting.

As things stand now, we are at a much better place than we were a few years ago. Policies and industries have helped us to realise the massive benefits that the LED technology has to offer. “The LED market is poised to multiply 10 times in the next five years. According to Frost & Sullivan, the overall LED lighting market in India earned revenues of more than $142.8 million in 2012 and is estimated to reach $1,278.6 million in 2018,” said Arun Gupta. So, if numbers don’t lie, we are perhaps looking at beautifully lit streets across Indian states and what a story would that be!