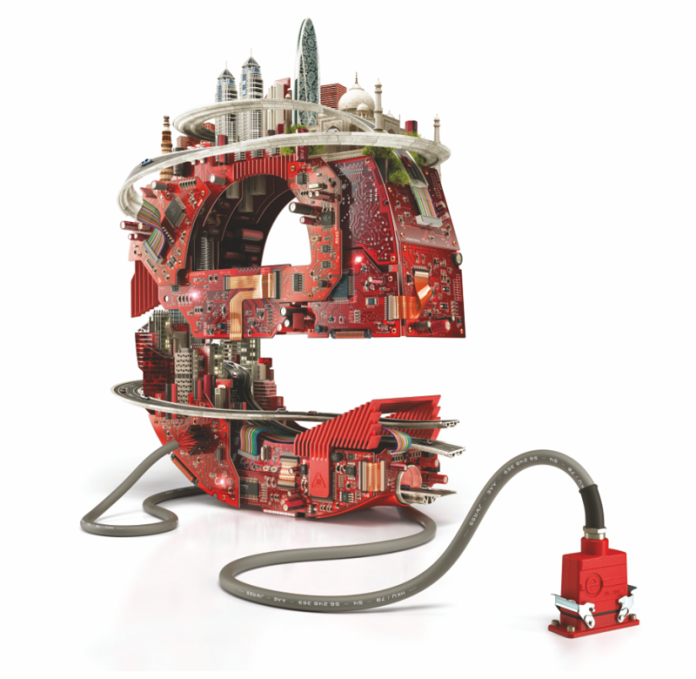 What will it take to transform the Indian ESDM industry from its existing $120 billion to $300 billion in the next 5 years? Come and discover the latest insights at electronica India and productronica India 2022.

Electronics manufacturing in India has grown considerably over the last few years. This can be seen in increased mobile phone exports by nearly 75% from last fiscal. Also, domestic manufacturing has almost doubled to Rs. 5.5 lakh crore in 2021 from Rs. 2.43 lakh crore in 2015-16. There is an insatiable appetite for next-generation, cost-effective electronic products, and this will increase exponentially in the next few years with rising income levels and higher internet penetration.

India is one of the largest consumers of electronic products in the world and is likely to be the fifth largest consumer in the world by 2025. Most Indians today use smartphones, tablets, laptops, wearables, etc. Indian households use a wide range of electronic appliances such as smart televisions, washing machines, refrigerators, air conditioners, home assistants, etc. This domestic demand will only surge over the next few years with increasing income levels, higher internet penetration, and 5G connectivity.

According to MeitY, the total electronics market in India in 2019-20 was valued at around $120 billion. The Government of India (GOI) has outlined a $300 billion vision for this industry by 2026 which includes $180 billion from local demand and the rest from exports.   But a thriving supply chain is the urgent need of the hour. To leverage the multiplier effect of investments in this sector and the vast ocean of global opportunities, a robust supply chain must be created within the country. This will not only increase employment and boost the Indian economy but will make the domestic industry globally competitive in the long term.

The Government of India has shown the right intent to reduce dependency on imports and make India self-reliant by implementing schemes such as the NPE 2019, PLI for large-scale electronics manufacturing, SPECS, EMC 2.0, etc.  Each of these schemes has been judiciously created to boost large-scale production, manufacturing clusters, and a robust supply chain ecosystem in the country.

“India has been one of the front runners amongst all the emerging nations from an economic development standpoint. A major credit of India’s upward trend in GDP growth can be attributed to the electronics sector. This growth is primarily driven by the increasing demand and consumption of electronic products. Electronics manufacturing in India has grown considerably over the last few years. This can be seen in increased mobile phone exports by 75% from the last fiscal. Also, domestic manufacturing of electronic products almost doubled from $37.1 billion in 2015-16 to $74.7 billion in 2020-21. India is expected to become a major semiconductor manufacturing nation in the next 5-6 years. We are moving in the right direction to realize this decades-old dream”, says Bhupinder Singh, CEO, Messe Muenchen India.

Recently, Rajeev Chandrasekhar, Minister of State for Electronics & Information Technology and Skill Development & Entrepreneurship launched a report titled as ‘Globalise to Localise: Exporting at Scale and Deepening the Ecosystem are Vital to Higher Domestic Value Addition’.  The report prepared by India Council for Research on International Economic Relations (ICRIER), in collaboration with India Cellular and Electronics Association (ICEA) explores how India can achieve an electronics production target of US$300 billion and exports of US$120 by 2025-26.  “The Government is laser-focused on achieving the target of 300 billion USD electronic production by 2026. And for this, we have always emphasized strengthening our domestic manufacturing ecosystem to make India more resilient to supply chain disruptions. Our aim is to emerge as a reliable and trusted partner in Global value chains”, says Rajeev Chandrasekhar.

Launching the report, he said that it is very timely and will help the Government identify the challenges that are to be met and the strategies that are to be adopted to achieve this target.

The Minister said that India has succeeded in systematically building a framework and a strategy that has clearly outlined our goals of a 300 bn electronics manufacturing ecosystem with 120 bn dollars of exports by 2026.

Talking about the journey of the Electronics sector in India in the last some years, the Minister said that

Electronics in India have travelled a long way since 2014. We were, in 2014, a country that was increasingly dependent not just on petroleum imports but also on Electronics imports. Systematically Prime Minister Shri Narendra Modi over the years has built back an electronics sector. Today we are, as a consequence of policies of the government led by Prime Minister Shri Narendra Modi, a 76 bn dollar manufacturing economy with 16 bn dollars of exports, with a target of 21 to 25 bn dollars of exports in the next year. But most importantly by 2026, we have clearly laid out the goal of 300 bn dollar manufacturing with a 120 bn dollar of exports. That strategy talks about broadening and deepening the electronics ecosystem.

Highlighting the shift in global value chains in recent years, Rajeev Chandrasekhar said that post-COVID the value chains of electronics are undergoing deep tectonic irreversible changes. It presents to India, the current momentum and opportunity which is explained by the 120 bn dollars export target that India has for 2026.

Rajeev Chandrasekhar further added that this report postulates that we must export aggressively to reach the scale in electronics manufacturing. In addition to domestic production, supplies, and domestic consumption, exports are an important way to get the scales of the other economies that are competing with us. Exports will create a network effect of creating the supply chain interests, and supply chain investments that in turn will increase the value added in the Indian electronics segment.

As per the 2019-20 valuation, $76 billion worth of products were manufactured domestically, and the rest were imported. The domestic value addition is only 15-20 percent, which is an existing challenge for the industry. When it comes to Printed Circuit Board Assemblies (PCBAs), 40 percent of the value is in components, which includes semiconductors, passives, connectors, display, battery, etc. India does not have a component manufacturing ecosystem, and hence, Indian manufacturers miss out on this 40 percent value addition as components are imported from other countries.

The policy initiatives of the government have had a positive effect on manufacturing. However, challenges related to infrastructure, tariffs, and Free Trade Agreements must be resolved for globally competitive, resilient, and massive-scale manufacturing in India.

A thriving supply chain is the urgent need of the hour. To leverage the multiplier effect of investments in this sector and the vast ocean of global opportunities, a robust supply chain must be created within the country. India still has a long road ahead. If India aims to become a global epicentre for electronics manufacturing, it will require attractive incentives for global companies to set up their base here. Though the financial incentives are encouraging, India suffers from land acquisition complications, lack of local component ecosystem, supply chain challenges, high cost of power supply and logistics, etc. The lack of world-class semiconductor fab units in the country is another major challenge.

These are some of the current issues that will be discussed at this year’s edition of electronica India and productronica India 2022. The much-awaited CEO Forum at these trade fairs will bring together industry leaders to speak on ‘Shifting from Assembly to Deep Manufacturing – Building a $300 Billion ESDM Industry by 2026’. Another sought-after forum is the India PCB Tech conference where experts will throw light on ‘Roadmap for Developing PCB Eco-System in India – Vital for an Aatmanirbhar ESDM Sector’.

Semiconductor design and manufacturing has emerged as a sector where Indian ESDM companies can prove their capabilities on the global stage. Therefore, under the Design Linked Incentive (DLI) scheme, which is a part of the larger Production Linked Incentive (PLI) scheme, MeitY plans to develop twenty domestic companies involved in semiconductor design and help them achieve a turnover of more than Rs 1500 crore over the next five years. Another worthwhile initiative is the Chip to Startup program through which MeitY plans to train 85,000 highly skilled engineers in the fields of Very Large-Scale Integration and Embedded System Design. It further plans to develop 175 ASICS (Application Specific Integrated Circuits), Working Prototypes of 20 System on Chips (SoC) and IP Core repository over a period of five years.

To leverage these myriad opportunities presented by global demand-supply trends as well as Indian policy initiatives, electronica India and productronica India 2022 will present the India Semiconductor Conclave, a specialized platform for Indian and global companies to brainstorm and align interests in the field of semiconductor manufacturing and design. The industry and government can look forward to this as a specialized platform for knowledge and expertise sharing, effective interfacing between buyers and suppliers across the value chain, and policy-level discussions to establish India as a global destination for semiconductors – both design and manufacturing. This year the India Semiconductor Conclave will include conferences on India’s semiconductor ecosystem and display manufacturing, as well as a special pavilion by MeitY on policy interventions for these segments. This platform will increase in scale over the years to come.

As the Indian ESDM ecosystem increases its contribution to the Indian economy and becomes a formidable player on the global stage, there is no better place to catch all the action live than electronica India and productronica India 2022, to be held from 21-23 September 2022, at the India Expo Mart, Greater Noida.