How and Why Bitcoin Mining Poses Security Risks 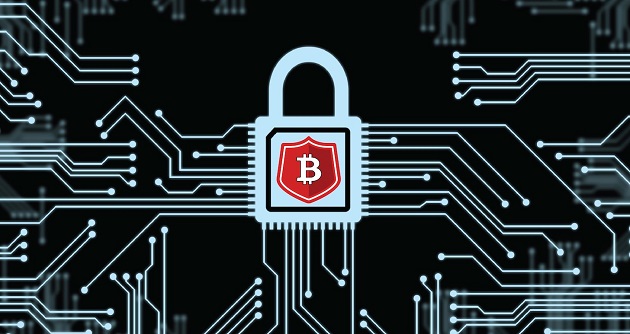 From 2017 to 2018, the cost of one Bitcoin increased over one thousand percent. This rapid growth dominated headlines and ignited a cryptocurrency boom that left consumers everywhere wondering how to get a slice of the Bitcoin pie. For those that want to join the craze without trading traditional currencies like U.S. dollars, a process called “Bitcoin mining” appears to be a great way to get involved. However, Bitcoin mining introduces a number of security risks.

What is Bitcoin mining?

Mining for Bitcoin is like mining for gold—you put in the work and you get your reward. But instead of back-breaking labor, you earn the currency with your time and computer processing power. “Miners”, as they are called, essentially upkeep and help secure Bitcoin’s decentralized accounting system.

Each time there’s a transaction it’s recorded in a digital ledger called the “blockchain.” Miners help to update the ledger by downloading a special piece of software that allows them to verify and collect new transactions to be added to the blockchain. Then, they must solve a mathematical puzzle to be able to add a block of transactions to the chain. In return, they earn Bitcoins, as well as transaction fees.

What are the security risks?

As the digital currency has matured, Bitcoin mining has become more challenging. In the beginning a user could mine on their home computer and earn a good amount of the digital currency, but these days the math problems have become so complicated that it requires a lot of expensive computing power.

This is where the risks come in. Since miners need an increasing amount of computer power to earn Bitcoin, some have started compromising public Wi-Fi networks so they can access users’ devices to mine for Bitcoin. This recently happened at a coffee shop in Buenos Aires, which was infected with malware that caused a 10-second delay when logging in to the cafe’s Wi-Fi network. The malware authors were using this time to access the users’ laptops for mining.

In addition to public Wi-Fi networks, millions of websites are being compromised to access users’ devices for mining. In fact, this has become such a widespread problem, that over 1 billion devices are believed to be slowed down by web-based mining. And slowing your device down is not even the worst thing that could happen. A device that is “cryptojacked” could have 100 percent of its resources used for mining, causing the device to overheat, essentially destroying it.

Now that you know a little about Bitcoin mining and the risks associated with it, here are some tips to keep your devices safe as you monitor the cryptocurrency market: