‘Electronics manufacturing will contribute $1 trillion by 2025’ 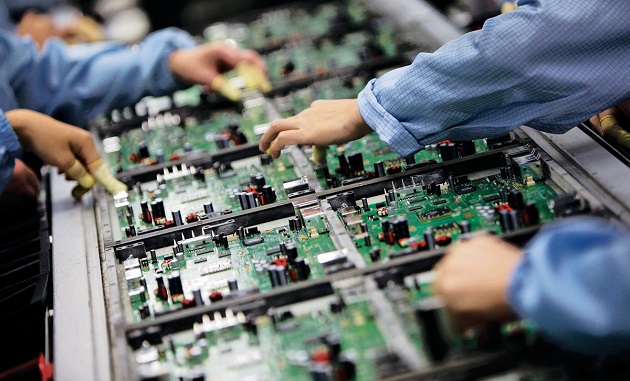 Domestic manufacturing of electronic gadgets, including mobile phones and components, televisions, and laptops, is expected to contribute one-fifth to India’s economy by 2025, communications, electronics and information technology (IT) minister Ravi Shankar Prasad said on Friday.

“…You talked of $5 trillion economy, by proper scaling of electronics manufacturing, we will be able to contribute $1 trillion by this manufacturing alone to the country’s kitty. This is what I am aiming for,” said Prasad at an event organised by industry body Assocham.

Prasad said the government has set a target of manufacturing one billion mobile phones, 50 million televisions and 50 million hardware devices such as laptops and tablets by 2025. He said India must become the top manufacturing destination for electronic devices in the world.

On Monday, Prasad said the government plans to extend the production-linked incentive (PLI) scheme to domestic manufacturing of laptops and tablets, following the success of a scheme to locally produce mobile phones and their components.

Incentives for local production of goods have been extended to other sectors as well. The Union cabinet in November approved PLI scheme for 10 sectors, including telecom equipment manufacturing which received an outlay of ₹12,195 crore.

India is one of the largest telecom markets in the world and mostly depends on global firms—Sweden’s Ericsson, Finland’s Nokia, South Korea-based Samsung, and ZTE and Huawei from China—for its equipment requirements.

Under the PLI scheme for mobile phones, the government will give 4-6% incentive to eligible electronic companies on incremental sales of manufactured goods—mobile phones and electronic components such as printed circuit boards and sensors, among others—for five years. The base year is 2019-20 and the incentives are applicable from 1 August.