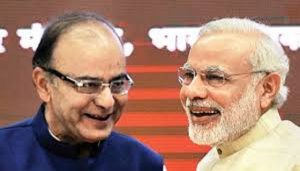 Investing ample time and resources on PSUs that bore fruits which couldn’t meet the defence demand of a strategically important country as India, the defence ministry seems to have firmly taken up to resolve issues with (SP) holdup. As the Prime Minister’s Office waving the green flag and razor focus by defence minister Arun Jaitley,  the gates have been opened up for the private sector to play a major role in the production of weapons systems for the armed forces.

Since February 2016, a brawl within the bureaucracy about the implementations of the SP model caused a dead heat within the ministry, frustrating leading private sector companies that were expecting to get mega production orders for aircraft, submarines, and land systems, a traditional stronghold of the public sector.

According to sources, a series of meetings, particularly one held in the PMO last week, has given the last-mile push to the initiative.

Top private sector representatives from three industrial bodies have now been invited by the defence ministry for a meeting on May 11, 2017, where the government is expected to unveil progress made.

The strategic partnership project will see around four projects in the first phase – new submarines, a naval utility helicopter, a single-engine fighter aircraft for the air force and armoured vehicles for the army. The armed forces, the navy, in particular, are keen to move fast on the concept to meet urgent requirements and address the equipment deficit.

“There is no doubt that involving the private sector in this way is the best way forward. Most of the issues have been resolved and the initiative needs to be started on a ‘yesterday’ basis — there is no time to be lost,” a senior armed forces officer involved in the discussions stated to the media.

The driving force being specific directions from the PMO that the private sector needs to get a significant chunk of military orders, given that the current model is being followed, to push most orders to the public sector, has not been yielding the desired results.

The driving force being specific directions from the PMO that the private sector needs to get a significant chunk of military orders, given that the current model is being followed, to push most orders to the public sector, has not been yielding the desired results.

“There are ways to resolve issues. The objection on the long term covenant, for example, cannot hold as anyone making a system like submarines or fighter jets will have to be involved for a 20-25-year lifetime of the product,” a senior government official said.

Though a formal selection process is yet to begin but internal negotiations indicate that six major Indian companies interested in the sector will be able to qualify on financial grounds to be chosen for the strategic partnership (SP) model. This includes the relevant units of Larsen & Toubro, Tata, Mahindra & Mahindra, Reliance Defence, Bharat Forge and the Adani Group. Projects worth several billion dollars are expected to be unlocked for the private sector, analysts said.

As per the current plan, only one company will be allowed to undertake one strategic project and would not qualify to compete for others. This has thrown up a unique challenge for companies such as Tata and L&T that have diversified interests in the field. On a meeting to be held on May 9, 2017, the matter will be taken up for more clarity and transparency.