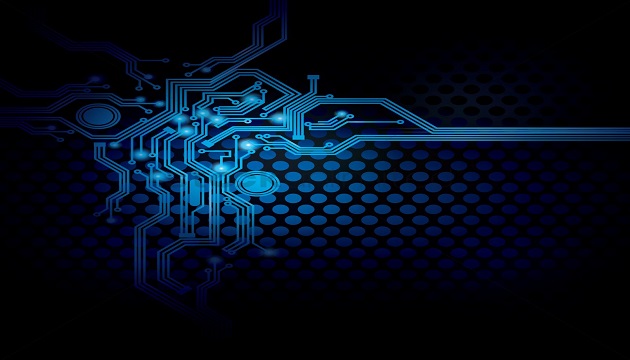 The human body is an inexplicable creation which consist of a number of different and varied organs, which makeup the full human system and is involved in doing different tasks. Likewise in electronics too, each and every component is massed together in order to form a complete Circuit and then used in various technologies prevailing in the market.

Modern methodologies involve connecting the components through a wire, components are soldered to the interconnections which are created on the printed circuit board (PCB) to form a finished circuit. From the basic teachings from schools and colleges, we know that charge mflows from the positive terminal throughout the loop and reaches the negative terminal, thus making the circuit a complete loop. Before the invention of digital circuits, all individual transistors, diodes, resistors, capacitors, and inductors were discrete in nature. Today any circuit or a system can produce the preferred output based on its input

With the invention of the integrated circuit (IC), the development and continual improvement of the metal-oxide-semiconductor field-effect transistor (MOSFET) have  tremendous changes to the circuit design area. The three types of circuits commonly on a chip are analog, digital, and mixed signal.

The large range and accuracy of component values in discrete design make the design less difficult. Special methods that apply active loads and matching techniques are required in IC design to minimize the number of resistors used and to remove the dependence of circuit performance on element values. Perhaps the most difficult part of IC design is the time lag between design and fabrication of the circuit, which may be several weeks or even months.

Circuit design is the first step for every electronics design project and requires the creation of a schematic diagram. The schematic defines how the pins of electrical components are logically connected together on a printed circuit board (PCB). When the circuit design is complete, engineers can use their schematic to perform simulations or translate their
schematic into a PCB design software.

This is followed by the testing a number of prototypes to ensure compliance with customer requirements. Usually there is a signing and approval of the final manufacturing drawings and there may be post-design services. Circuit design is generally difficult because it requires extensive knowledge of each component that forms part of the circuit, and achieving perfect designs requires extensive practice.

Simulation is the process of designing a model of a real system and conducting experiments with model for the purpose of either understanding the behaviour of the system or evaluating various steps to achieve the system operation. The act of simulating first requires that a model be developed; this model represents the functions of the selected physical system. Any voltage or current waveform in the circuit can be viewed using simulation process. Most simulation programs perform other analysis like DC, sensitivity, noise and distortion.

Simulation process is also used for testing the circuit which is designed permanently because hardware changing is very difficult when the circuit is not working properly. Simulation is a process of testing the design by applying inputs to a circuit and watching or observing its behaviour. The output of a simulation is a set of waveforms that show how a circuit behaves upon a given sequence of inputs.

The simulation gives the proper idea and implementation of the code and circuit before implementing on hardware, which gradually makes the configuration of system model so simple. The process of simulation is safe to handle and reduces the time on creating hardware and testing errors directly on hardware. New hardware devices modelling, layout and other areas of system can perform the testing operation without committing the resource for their attainment.

The circuit design is an arduous process, which is systematic and is performed in a set of
sequences. Once the process of specification gets completed, designing of prototyping is
performed. The electronic circuit design is often a race against time in turning prototypes into deployable production units. A complete circuit is achieved on completing the following
stages of designing.

The most important aspect is preparing an idea or an architecture. Proper visualisation of structures and components is needed for the circuit to have complete engineering. Specialty components like communication or power ICs are usually selected at this stage.

The next stage involves translating the outline of the design onto a schematic. Components are connected in such a way so as to make the circuit functional. A complicated design involving hundreds of components is usually designed with separating the designs into modules and sub circuits.

The PCB layout is initiated by transferring the components over, once after the schematic is checked properly for errors. PCB layout can be a very devastating process as there are so many areas in design, where proper attention needs to be considered. Initially the PCB is defined by arranging the components, following which routing and proper checking is done in order to make sure that no design rules were violated.

Prototyping involves fabricating the PCB, often in a small volume and assembling the components on it. Any mistakes in the design must be documented for revision. PCB designers play an important role in the process of electronic circuit design. An unforeseen mistake can sometimes make or break the prototype.

Placement of components on PCB completely depends on the prototype generated, analog components should have a reasonable clearance from their high-speed digital counterparts. Wire to board connectors are placed in such a way so as to make servicing and troubleshooting less complicated. Appropriate serviceability and functionality should be taken into consideration,

With lesser space, higher speed, and electronics going wireless, there is an increasing concern of EMI on PCB design. To reduce the possibility of PCB being affected by EMI, current path and planning is to be considered. Having a good separation of ground planes, especially for high-speed signals helps in minimizing interference that couple through the ground copper.

No matter how sophisticated the design is, a bad power module design can render it dysfunctional. Besides choosing the right power regulating components or battery, it is essential to ensure that the traces are sufficient for the current density. A good power delivery network design ensures minimal power loss along the PCB, and sufficient power across the board.

Designing of circuits require software programs too. These take through the prototyping phase to the industrialization phases. When selecting a design package to use, it is always advisable to use some of the latest tools with available support and community. The following list of software will give comprehensive information about circuit design:

Eagle is arguably one of the most well know schematics and PCB design software. Autodesk EAGLE contains a schematic editor for designing circuit diagrams and a PCB layout editor for designing PCBs. It provides component placement, PCB routing, a comprehensive library content, a thriving community, and many more. It includes 2 schematic sheets, 2 signal layers, and 2 board areas.

KiCAD is a Cross-Platform and Open Source Electronics Design Automation Suite. It includes a schematic editor for creating and editing schematic designs, a PCB Editor for making professional PCB layouts with up to 32 copper layers, and a 3D viewer which can be used to inspect the design in a 3D form.

Fritzing is an open-source platform for learning electronics. It includes a breadboard layout, schematic, and PCB view for designing a PCB layout for your board. With a rich interface and growing community, fritzing is a good choice among hobbyists.

With an arguable easy-to-learn environment, schematics capture and PCB layout tool, DesignSpark PCB comes with an excellent schematic capture, PCB editor for designing an unlimited number of PCB layers, a part and library creator, 3D views, and many more features.

EasyEDA provides a powerful schematic capture, PCB editor, libraries designer, a project management tool, and a team collaborator. It also has an integration with component catalogue for providing real-time stocks and pricing information about components used. EasyEDA is online based and also desktop based.

Upverter is a web-based EDA for enabling hardware engineers to design, share, and review schematics and PCBs. It does for open-source hardware design, providing a collaboration platform. It comes with a schematics capture, PCB editor, a system designer, 3D viewer, team collaboration, and many more.

PCBWeb is a free CAD application for designing and manufacturing electronics hardware. It features a schematic capture for multi-sheet design, PCB layout support multi-layers, and an integrated arrow parts catalogue.

ExpressPCB Plus is an EDA software for creating and designing. It includes ExpressSCH classic for drawing schematics and ExpressPCB Plus for circuit board layout. ExpressPCB Plus provides the option to see instant quotes for PCB board and even order the board for fabrication from inside the program itself.

TinyCAD is a simple and basic electronic circuit schematic and PCB designer. It is an open-source software project. It supports standard and custom symbol libraries. It supports PCB layout programs with several netlist formats and can also produce simulation netlists.

Osmond PCB is an only MAC-based EDA tool. It supports schematic capture and PCB layout design. The software provides many features such as unlimited board sizes, multiple board layers, and can be used to design boards up to 700 pins.

Each and every unit of electronics is massed with a series of steps and components. Circuits, being one of the most important ingredient of substantial electronics has its own relevance. The basic framework of electronics, which is massively based on circuits affects the speed and accuracy with which electronic machineries are set up. Electronic circuits are crucial for the performance of any real-world system. The physical world around us is analog as most of the signals, radio waves, audio, speech etc. are continuous in time and value. Most of the takes place in the digital domain by high-speed processors. The conversion of real-world signals like audio into digital bits still need to happen by analog circuits, thus increasing the relevance of efficient circuit designing.