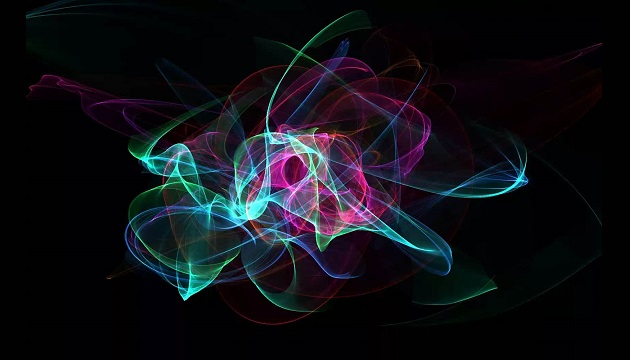 Lasers have a unique ability to precisely drive, manipulate, control, and probe matter utilizing an incredible variety of methods. While they often operate behind the scenes, lasers are the backbone of revolutionary science and technology—including research advances that were the basis for the 2018 Nobel Prize in Physics.

A new laser architecture called the universal light modulator, an intriguing new tool to probe and control matter, will be presented during the Optical Society’s (OSA) Laser Congress, 4-8 Nov., in Boston. It was developed by principal investigator Sergio Carbajo and research associate Wei Liu, both with the SLAC National Accelerator Laboratory and Stanford University.

Coherent light, such as that from a laser, can embody a much more complex and sophisticated structure in either the electromagnetic or intensity distribution. “A few examples are cylindrical vector beams, or funky 3-D intensity distributions that may resemble, for instance, a waffle cone or an optical strainer,” said Carbajo.

Because of these characteristics, the universal light modulator is poised to open up new scientific and technological frontiers. The catch is that exploiting the capacity for engineering or programming complex light structures is difficult because there are not many reliable options available to generate that structure, Carbajo said.

“Currently, this is primarily done by external devices such as spatial light modulators popularly used in projectors, but they all have average power and peak power limitations,” said Carbajo. “These devices can burn easily and cannot reach out to applications requiring substantial power levels.”

The Carbajo group’s work circumvents this power limitation while still maintaining the ability to generate any arbitrary light structure. They incorporated the capacity to program beams into the laser architecture itself. This bridges the best of two worlds: power scaling and light structure.

“Our programmable light pulses are made out of composite beamlets,” Carbajo explained. “Imagine a laser beam made of many honeycomb-like smaller beamlets, each of which are independently controlled, although they’re all coherent with respect to each other. They can ‘communicate’ with each other and ‘know’ each other’s state and their respective relationship. When all beamlets are in synch, they can collectively generate any structure. The caveat here is that this structure is made discrete by the number of beamlets.”

This programmable architecture is particularly significant within the ultrashort (femtosecond and shorter) regime because it can inspire new ways of thinking about light with complex structures capable of driving scientific and technological endeavors. Potential new applications include optical fiber telecom, micro-nano machining and additive manufacturing, optical trapping, and ultrafast proton sciences. “It can be a game changer in pretty much all applications of photonics that require high power,” Carbajo said.

SLAC National Accelerator Laboratory researchers are interested in using these light sources to tailor and manipulate electron beams propagating at the speed of light. “By doing so, we can generate new types of electron and X-ray sources so that we can imprint the structure from the light onto the electron or X-rays” he said. “These can then become advanced scientific instruments themselves because the electron beams and X-rays would inherit the structure from optical photons.”

Next up, the group wants to explore several parallel efforts. “The first obvious route is to add more beamlets, which is required by a subset of potential applications,” Carbajo said. “Many, however, don’t need more than just a few beamlets. In our case, we have 7+1—seven in a honeycomb, plus a master driver. The second ramification is upgrading our system to much higher powers, which will also enable a third route—better conversion of the fundamental femtosecond beamlets into other wavelengths using nonlinear conversion stages, which would create structured light now with multi-color or hyperspectral composition and natural self-synchronicity.”