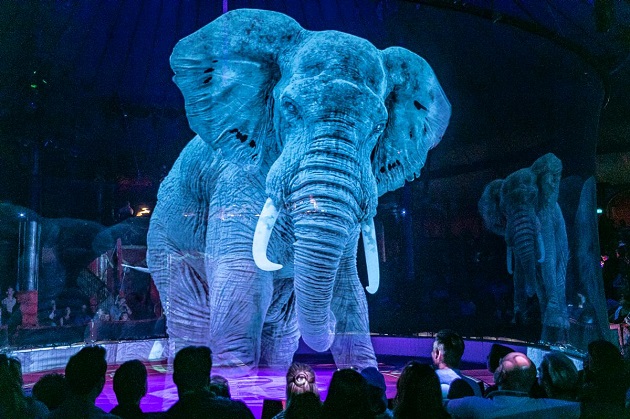 Holograms have had always delivered an amazing representation of the 3D niche, offering a responsive and shifting perspective based on the viewer’s position. Computer-generated hologram technology was always in talks and require a complex supercomputer simulation process too.

Researchers from the Massachusetts Institute of Technology have discovered a new approach to produce holograms with a very efficient and deep learning-based method, which could even run on laptops.

The new approach known as the tensor holography was the hard work and progression of 10 years, which has now witnessed success. The technology is very fast expected to triumph in the VR and 3D printing sphere.

Need for a 3D Arena

A photograph that is lens-based is better as an encoder that could fetch the light wave contrary to the hologram which encodes the brightness and phase of each light wave.

Computer holography reduces the challenges by simulation of the optical setup. Directing a clustered supercomputer to run these physics-based simulations could take seconds or minutes for a single holographic image. Plus, existing algorithms don’t model occlusion with photorealistic precision. So Shi’s team took a different approach: letting the computer teach physics to itself.

The process of deep learning accelerates computer-generated holography for a real-time generation. A conventional neural network is also used to chain a trainable tensor to showcase cognitive mechanisms.

The tensor network tweaked the parameters of its own calculations, successively enhancing its ability to create holograms. The fully optimized network operated orders of magnitude faster than physics-based calculations. That efficiency surprised the team themselves.

Real-time 3D holography would enhance a slew of systems, from VR to 3D printing. The technology could be easily deployed on displays that modulate the phase of light waves. Currently, most affordable consumer-grade displays modulate only brightness, though the cost of phase-modulating displays would fall if widely adopted.

Three-dimensional holography could also boost the development of volumetric 3D printing, the researchers say. This technology could prove faster and more precise than traditional layer-by-layer 3D printing since volumetric 3D printing allows for the simultaneous projection of the entire 3D pattern. Other applications include microscopy, visualization of medical data, and the design of surfaces with unique optical properties.