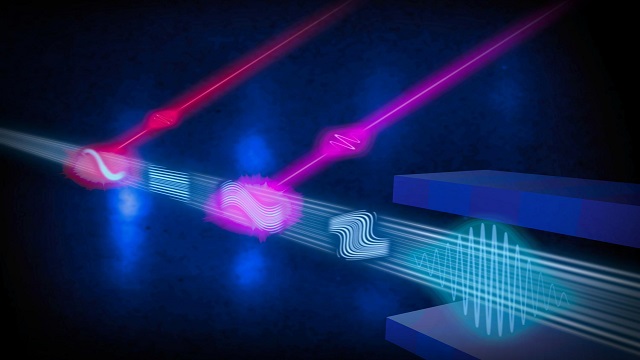 Researchers from ETH Zurich in Switzerland succeeded in generating the world’s shortest laser pulse with a duration of only 43 attoseconds. This laser pulse is the shortest controlled event that has ever been created by humans. The researchers can now observe in high detail how electrons move within a molecule or how chemical bonds are formed. Attosecond spectroscopy could contribute to the development of more efficient solar cells since it is now for the first time possible to follow the process of excitation through sunlight up to the generation of electricity step by step.

A detailed understanding of the charge transfer pathway could help optimizing the efficiency of the next generation of photosensitive elements. Attosecond laser spectroscopy is not only suitable for mere observation, said ETH professor Hans Jakob Worner. Chemical reactions can also be directly manipulated. Using a laser pulse can alter the course of a reaction even chemical bonds can be broken by stopping the charge shift at a certain location in the molecule.

Such targeted interventions in chemical reactions have not been possible until now, since the time scale of electron movement in molecules was previously unreached. The group of Worner is already working on the next generation of even shorter laser pulses. These will make it possible to record even more detailed images, and thanks to a wider X-ray spectrum even more elements can be probed than before. Soon it will be possible to follow the migration of electrons in more complex molecules with an even higher time resolution.