Why The Future of Electric Vehicles Appears Promising in India 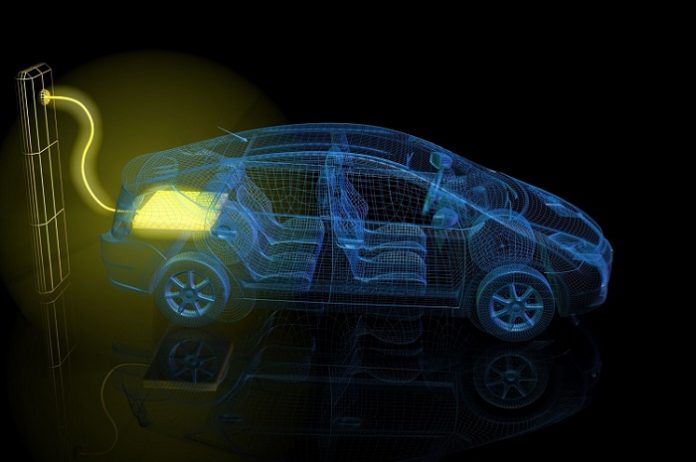 The global automakers have been copiously juggling with finding new and sustainable alternatives to fossil fuels, since decades. The overall environmental degradation has not been a hidden consequence of burning fuels from the world. And now, the need to switch from fuels to other environmental-friendly alternatives is more than ever. The world has now joined hands together and pledged for a carbon-neutral world with zero carbon emission. Electric vehicles would be a key player to help achieve that goal. Countries like, The UK, France, Norway and Germany have even brought in legislation to ban the sales of non-electric vehicles as early as 2025. This makes the EV industry one of the most exciting, significant and necessary areas of innovation today.

The global electric vehicle market size is projected to grow from 4,093 thousand units in 2021 to 34,756 thousand units by 2030, at a CAGR of 26.8%.  India has already shown its keen interest to be a major part of this automotive paradigm shift. Adding to that, India has already put forward the desire to become the biggest hub for electric vehicles in the future. Industry leaders consider electric cars to be a promising option.

Apart from the environmental benefits, Electric cars have much more to offer. Autonomous driving options, personalized smart assistance solutions, 5G embedded next-generation technologies, are just a few to mention.  At a basic level, electric cars offer a dramatically lower operating cost compared to conventional internal combustion engines. On average, electric vehicles are 75-80% cheaper from a fuel and maintenance perspective, which ultimately translated in lower maintenance bills.  Consequently an important consideration for many consumers who have high usage. This reality holds true across form factors because it’s materially cheaper to charge a battery compared to refuelling a conventional liquid fuel tank.

India has a lot to gain from the widespread adoption of e-mobility. Under the Make In India programme, the manufacturing of e-vehicles and their associated components is expected to increase the share of manufacturing in India’s GDP to 25% by 2022. On the economic front, large-scale adoption of electric vehicles is projected to help save $60 billion on oil imports by 2030 – currently, 82% of India’s oil demand is fulfilled by imports. Price of electricity as fuel could fall as low as Rs 1.1/km, helping an electric vehicle owner save up to Rs. 20,000 for every 5,000km traversed. Finally, electrification will help reduce vehicular emissions, a key contributor to air pollution which causes an average 3% GDP loss every year, reports suggests.

The Government is Leaving No Stone Unturned 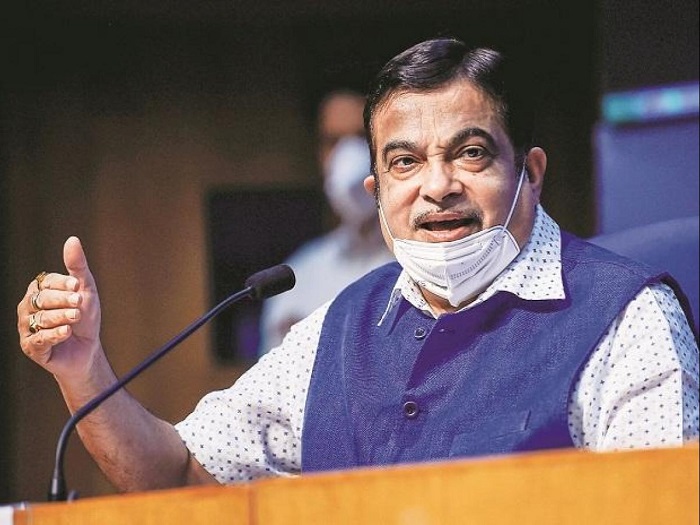 Going a step further towards its dream of electric mobility, Ministry of Power has already launched the National E-Mobility programme here in India and rolled out electric cars fleet including Mahindra e-Verito sedan and Tata Tigor EV as a part of this programme.

India’s National E-mobility Programme aims to provide an impetus to the entire e-mobility ecosystem that includes electric vehicle manufacturers, charging infrastructure development companies, fleet operators, service providers, etc. The Government also said that it is looking at charging infrastructure and policy framework to have 30% of vehicles in India as electric vehicles.

Nitin Gadkari, Union Minister for Road Transport & Highways along with R. K. Singh, the Union Minister of State (IC) for Power and New & Renewable Energy, launched the “Go Electric” Campaign to spread awareness on the benefits of e-mobility and EV Charging Infrastructure as well as electric cooking in India.

The Go Electric Campaign is an initiative aimed at reducing the import dependence of our country in the coming years and has also been projected as an important step towards a cleaner and greener future. The campaign is aimed at creating awareness at the PAN-India level and is expected to boost the confidence of Electric Vehicle manufacturers.

The transport minister pointed out some key benefits of using electricity as an alternative fuel. The minister stated that fossil fuels have an import bill of ₹8 lakh crore.

Making the path for an electric future smoother, the government has launched Special policy measures such as slashing GST on EVs to 5% versus 28% for combustion engines, exemption on loans to buy electric vehicles, Union cabinet has proposed customs duty exemption on certain EV parts including electric drive assembly, onboard charger, e-compressor and a charging gun to cut down costs. Nearly a dozen states either issued or proposed electric vehicle policies to date, with Delhi being the latest one.

The Bumps in the Road 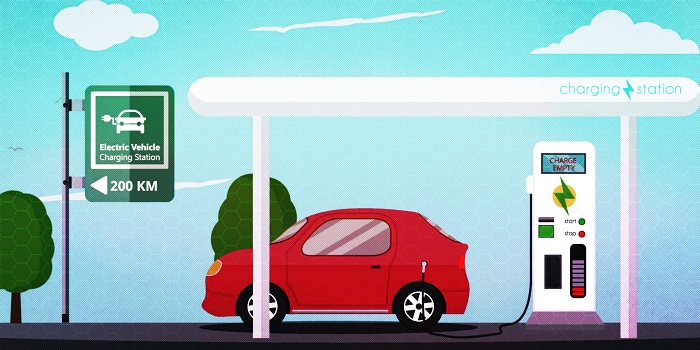 The Charging infrastructure for e-mobility is an area of concern. There are nearly 1000 charging stations for electric vehicles in India, where the population of vehicles on the road is sky-rocketing. The proportions are unrealistic and the apprehensions in the consumer’s mind are absolutely justified. Nobody wants to be stranded in the middle of a road and while waiting for a charging station to be installed there. Moreover, the battery charging system of an EV can take a couple of hours which can be another problem as well.

Breaking away from the old norms and establishing a new consumer behaviour is always a challenge. It is common to find users anxious about the speed and range of EVs.

There is a complete unavailability of primary battery cell manufacturing in India which puts India in the position of being at the risk of increasing our trade deficit. At the moment, most manufacturers rely on batteries imported from Japan, China, Korea and Europe. Hence, the Indian market needs encouragement for indigenous technologies that are suited for India from both strategic and economic standpoint, such as aluminium fuel cells.

How Far is the Electric Future of India? 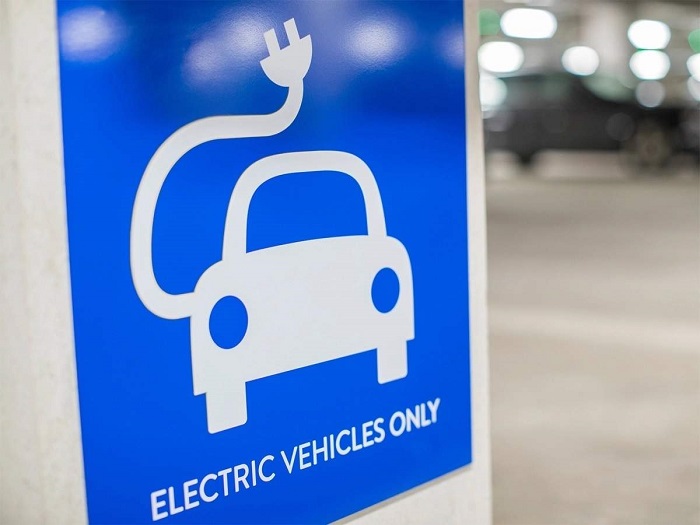 Automakers from all around the world are sighting a keen eye on Indian markets. With world’s largest electric vehicle manufacturer, Tesla coming into to the Indian electric automotive spectrum, it is not futile to say that India got a new lease for becoming the future hub for electric vehicles. However the pandemic has slowed the growth speed of India by leaps and bounds.

With the market being so volatile and lacking a sustainable demand, it is imperative to assess the time period India will take in switching to electric cars. But industry leaders are optimistic and believe that the shift will happen very soon owing to reasons such as the number of industry incumbents and startups making rapid and significant advancements in the EV segment, the growing demand and user interest and institutional interest.

In conversation with ELE Times, Bhavaneesh Athikary, Automotive Lead-Indo-Pacific, Hexagon shared his insights India’s desire of becoming the EV hub- “Innovations in EV space have taken place and will continue to occur, and we expect that the policy environment in India will become even more favorable. Over the years, we’ve seen many initiatives from the Government, such as the National Electric Mobility Mission Plan 2020 (NEMMP), which was launched in 2013 by the Department of Heavy Industry (DHI) as a roadmap for the faster manufacture and adoption of EVs in India.

He further added- “Talking about India, from the Ministry of Power to the Ministry of Road Transport and Highways, many government stakeholders have made policy changes. The Ministry of Power, for example, has clarified that charging EVs is considered a service, which means that operating EV charging stations will not require a license. It has also issued a policy on charging infrastructure to enable faster adoption of EVs. Meanwhile, the Ministry of Road Transport and Highways have announced that both commercials and private battery-operated vehicles will be issued green license plates. It has also notified that all battery-operated, ethanol-powered, and methanol-powered transport vehicles will be exempted from the commercial permit requirement. There is undoubtedly significant potential. Earlier this 2021, it is reported that Tesla would be setting up an electric-car manufacturing unit in the southern Indian state of Karnataka. Tesla would start its operations in India with an R&D unit in Bengaluru. We would say the ingredients are in place for India to become the biggest hub for electric vehicles.”

When we devolved deep into the Charging Infrastructure deficiency in India, Bhavneesh reflected his concern over this “Charging infrastructure disparity is a justified and enormous concern for EVs across several countries. Range anxiety is still one of the critical challenges and availability of charging stations. When we speak of EVs, we’re not just talking about passenger vehicles; we are talking about two-wheelers, three-wheelers like auto-rickshaws, as well as commercial vehicles.

Yet when faced with these challenges, we need to look for unconventional approaches; India is already using alternate charging methods like battery swapping stations or mobile charging, charging options at home. India needs to leapfrog technology to explore beyond the conventional charging infrastructure. On a positive note, too, we must not forget that technology is constantly evolving and very rapidly too. So the challenge right now might not be a challenge for long; fast charging technology is also evolving. Various public-private partnerships are also being tried out and discussed; I am sure we will surpass this challenge.”

“Of course, we cannot talk of EVs without considering that the move towards renewable energy is another crucial puzzle piece. The good news is, as you can see from India’s policy point of view, there’s a lot of push for this, especially solar energy”- added Bhavneesh.

To dig deep into the EV future of India, ELE Times Sub Editor and Technology Correspondent Mayank Vashisht further asked Bhavneesh “There is complete unavailability of primary battery cell manufacturing in India, which puts India at the risk of increasing our trade deficit. Most manufacturers rely on batteries imported from Japan, China, Korea, and Europe. How can this dependency be reduced, and India can become self-reliant?  To which Bhavneesh replied “India is not home to key lithium-ion battery raw materials – lithium, cobalt, and nickel, so most of them have to be imported. India should build international partnerships to secure access to these key materials. We should also not forget that Lithium is just a small part of all the raw materials that goes to make a Lithium-Ion battery. Also, alternatives for lithium-ion battery technology needs to be explored. I believe India is likely to become a leading hub for manufacturing EVs and EV components; for many reasons. One of them is that the Government has rolled out a Production-Linked Incentive Scheme (PLI) for Advanced Chemistry Cell ACC Battery Storage. This would support the nation in achieving the manufacturing capacity of 50 GWh of ACC and 5 GWh of Niche ACC. With 50 GWh manufacturing capacity, the cost of a battery can be got in par with global costs. The PLI scheme will go a long way to spur the domestic production of batteries. Thus, it reduces our dependence on imports because it aims to support the growing EV industry with the required infrastructure and significantly reduce EVs cost. Many leading battery producers like Amara Raja Batteries have publicly mentioned their new investments into green technologies, including lithium-ion batteries. “

“India has, I believe, great scope for the production of electric vehicle batteries locally because it has access to all the technology and other raw materials– except for lithium or cobalt” he added.