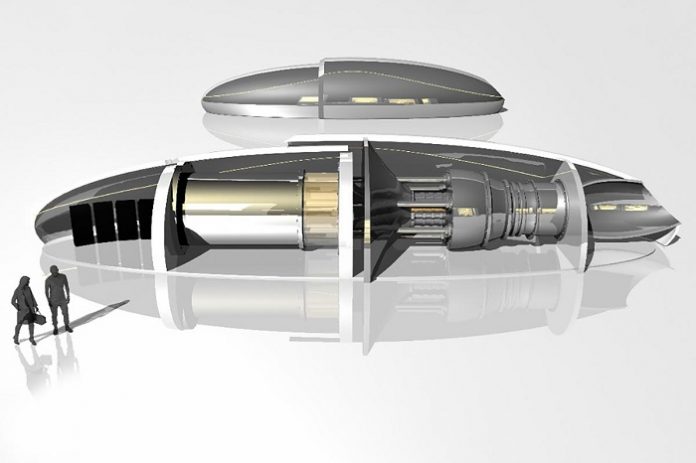 We may be on the brink of a new paradigm for nuclear power, a group of nuclear specialists suggested recently in the National Academy of Engineering. Much as large, expensive, and centralized computers gave way to the widely distributed PCs of today, a new generation of relatively tiny and inexpensive factory-built reactors, designed for autonomous plug-and-play operation similar to plugging in an oversized battery, is on the horizon, they say.

These proposed systems could provide heat for industrial processes or electricity for a military base or a neighborhood, run unattended for five to 10 years, and then be trucked back to the factory for refurbishment. The Professor of Nuclear Science and Engineering; Robert Frida, a founder of GenH; Steven Aumeier of the Idaho National Laboratory; and Kevin Chilton, retired commander of the U.S. Strategic Command—have dubbed these small power plants “nuclear batteries.” Because of their simplicity of operation, they could play a significant role in decarbonizing the world’s electricity systems to avert catastrophic climate change.

The idea of smaller, modular nuclear reactors has been discussed for several years. What makes this proposal for nuclear batteries different?

The units we describe take that concept of factory fabrication and modularity to an extreme. Earlier proposals have looked at reactors in the range of 100 to 300 megawatts of electric output, which are a factor of 10 smaller than the traditional big beasts, the big nuclear reactors at the gigawatt scale. These could be assembled from factory-built components, but they still require some assembly at the site and a lot of site preparation work. So, it’s an improvement over the traditional plants, but it’s not a huge improvement.

This nuclear battery concept is really a different thing because of the physical scale of these machines—about 10 megawatts. It’s so small that the whole power plant is actually built in a factory and fits within a standard container. The idea is to fit the whole power plant, which comprises a microreactor and a turbine that converts the heat to electricity, into the container.

This provides several benefits from an economic point of view. You are completely decoupling your projects and your technology from the construction site, which has been the source of every possible schedule delay and cost overrun for nuclear projects over the past 20 years.

This way it becomes sort of energy on demand. If the customer wants either heat or electricity, they can get it within a couple of months, or even weeks, and then it’s plug and play. This machine arrives on the site, and just a few days later, you start getting your energy. So, it’s a product, it’s not a project.