India could Add 13.75 GW of Solar Module and 6.9 GW Cell Capacity by December Next Year 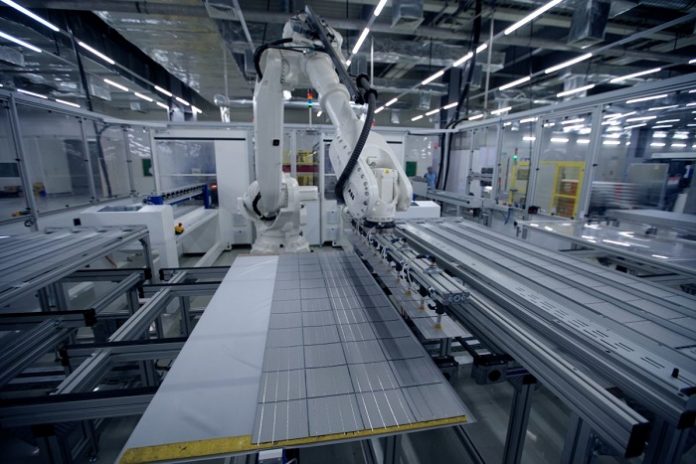 A new JMK Research report says India could add 13.75 GW of solar module and 6.9 GW cell capacity in the next 18 months. Module manufacturers with 1 GW+ capacity (Waaree Energies, Adani Solar, Premier Energies, and Vikram Solar) alone have proposed a cumulative capacity addition of 9 GW modules and 6.4 GW cells. This also includes Vikram Solar’s plan to set up a 3 GW fab for modules, cells, and wafers in Tamil Nadu in the next four to five years.

Two key manufacturers have already achieved a certain degree of expansion recently. In April this year, Tata Power Solar expanded its cell manufacturing capacity from 300 MW to 530 MW with mono-PERC (passivated emitter and rear cell) and module from 400 MW to 580 MW with mono-PERC, half-cut technology. In June, Premier Energies has expanded its module manufacturing capacity from 500 MW to 1.25 GW with the addition of 750 MW cell capacity.

JMK Research highlighted the Indian manufacturers are upgrading their capabilities to meet the evolving domestic and foreign demand for higher-efficiency modules. In terms of PV technology, the mono-PERC type is rapidly gaining prominence over the multi-crystalline type in India too. The domestic utility-scale solar market’s module preference would shift entirely to mono-PERC by December this year.

The series of new capacity announcements follow the introduction of Basic Customs Duty (BCD) and a Production-linked Incentive (PLI) scheme by the government to reduce solar import dependence and scale domestic manufacturing capabilities.

Currently, India meets more than 80% of its solar module demand through imports from other Asian countries such as China, Vietnam, and Malaysia. In CY2020, the nation imported US$ 1,527 million worth of solar cells and modules.

The country’s ambitious target of an additional 280 GW of solar power installation by 2030, along with its high dependence on solar imports, warrants robust development of the domestic PV manufacturing industry, which currently has a cumulative 4 GW cell and 16 GW module capacity. The manufacturing capacity for upstream stages of polysilicon, ingots, and wafers is absent primarily due to high production costs. The lack of scale and integration of PV manufacturing has been a critical barrier to the nation’s solarization program.