Universal Quantum Computing can be demonstrated by using fiber optics 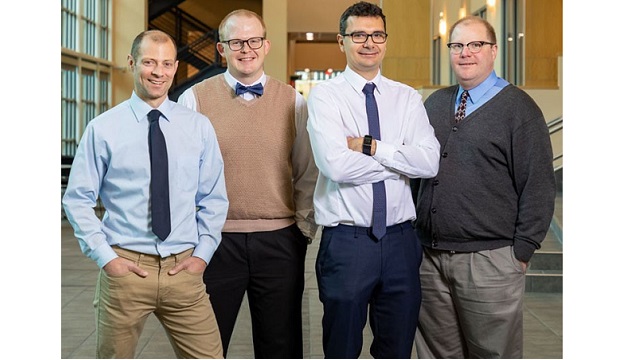 A frequency-based approach to quantum computing has been demonstrated by the researchers of Oak Ridge National Laboratory (ORNL). The researchers performed two distinct, independent operations simultaneously on two qubits encoded on photons of different frequencies. Qubits are the smallest unit of quantum information.

Quantum scientists working with frequency-encoded qubits have been able to perform a single operation on two qubits in parallel, but never two distinct operations, said the ORNL team. According to the researchers, coherent quantum frequency operations are challenging because it is difficult to mix frequencies arbitrarily and with low noise.

“To realize universal quantum computing, you need to be able to do different operations on different qubits at the same time, and that’s what we’ve done here,” Pavel Lougovski, a research scientist, said.

For their experiment, the team used two entangled photons contained in a single strand of fiber optic cable. Because the photons were traveling through the same device, stability and control over the photons were maintained. “When the photons are taking different paths in the equipment, they experience different phase changes, and that leads to instability,” said Brian Williams, a researcher on the team.

The researchers implemented distinct quantum gates in parallel on two entangled frequency-bin qubits in the optical fiber. The team’s quantum frequency processor allowed it to manipulate the frequency of photons to bring about superposition, the state that allows quantum computers to perform operations concurrently. Through this quantum operation the researchers were able to control the spectral overlap between adjacent spectral bins, observe frequency-bin interference, and demonstrate 97 percent interference visibility (i.e., a measure of how alike two photons are). These results indicate that the photons’ quantum states were virtually identical. By integrating this tunability with frequency parallelization, the researchers were able to synthesize independent gates on entangled qubits.

The team believes that leveraging the existing fiber optic network infrastructure, which cost billions of dollars, is practical. Its realization of closed, user-defined gates on frequency-bin qubits in parallel could be used to develop fiber-compatible quantum information processing and quantum networks.