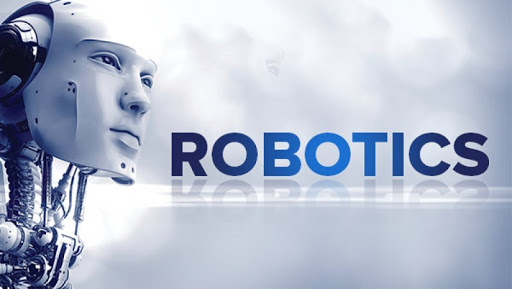 Verdict lists the top five terms tweeted on Robotics in Q1 2021, based on data from GlobalData’s Influencer Platform. The top tweeted terms are the trending industry discussions happening on Twitter by key individuals (influencers) as tracked by the platform.

Robots capable of drywalling, managing vertical farms, and assisting in the US space programmes to reach Mars and beyond, were popularly discussed in Q1 2021. Sean Gardner, an executive board member and AI specialist at Resourceful Nonprofit, a provider of free or low-cost technology and training to other non-profit organisations, shared an article on how sensors and AI have advanced in automating the construction industry.

Construction robotics company Canvas has built an AI-driven robot that can perform drywalling with human artistry and expertise. The robot which is deployed at multiple construction sites can automate processes, and do more drywalling in less time. Although robots are not preferred at construction sites because of their complexity and variability, they are recently being adopted due to low-cost laser sensors, computer vision, open-source software, and cheap robotic arms and grippers.

AI was also discussed by Kirk Borne, a data scientist and astrophysicist, with reference to how automation and AI will be crucial in ensuring the safety of future astronauts on Mars. Future space programmes will rely heavily on advanced technologies such as AI for systems control automation and to predict weather conditions and launch windows, facilitating humans with successful space explorations and in establishing colonies on Mars and beyond.

The role of machine learning (ML) in microrobots swimming faster to reach their targets, devices that can read your mind, and the advancement of automated robotic solutions for agriculture, were popularly discussed in Q1 2021. Spiros Margaris, a venture capitalist, shared an article on how ML helps tiny microrobots to reach their goal faster without being obstructed by other particles on their way. These robots are designed to understand the way bacteria propels themselves through a fluid.

The study of the movement of microorganisms is crucial in several biological and biomedical sciences for understanding their properties and effect in a particular environment. Frank Cichos and his team at the University of Leipzig, Germany are developing the ML-driven swimming microrobots, with chemically powered signalling, similar to humans, which will allow them to think independently in the future.

ML was also discussed by Glen Gilmore, the principal at the Gilmore Business Network, an instructor of digital marketing for business, content marketing and crisis communication in social media, with reference to its role in automated robotic solutions for agriculture. Researchers at the University of Cambridge have developed the first robotic lettuce leaf peeling system, using ML to sense size, shape, orientation, and other conditions. The application of robots in agriculture has become crucial with rising demand for food, changing climate, and reduced availability of human labour.

AI companies using synthetic data to train their ML systems, and more transparency and understanding into machine behaviours, were popularly discussed topics during Q1 2021. Iain Brown, head of data science at SAS Software, a computer software company, shared an article on how AI companies are using computer-generated data to train their AI systems in order to address privacy issues and reduce bias while fulfilling the needs of models operating in highly specific environments.

Big Data was also discussed by Colin Bristow, a principal systems engineer at SAS, with respect to more transparency and understanding of the capabilities and behaviours of AI machines which are increasingly utilised in multiple complex situations such as in medical diagnoses and financial payments. In an attempt to improve human-AI interaction, researchers from MIT’s Computer Science and Artificial Intelligence Laboratory (CSAIL) have applied a tool called Bayes-Trex to various image-based datasets to achieve more transparency into their AI model.

Researchers are also using another tool, the RoCUS, to analyse robot-specific behaviours. Still, in their testing phase, the experiments provide new insights for human-AI interactions to become safer and to foretell and reduce failures in a real-world scenario.

The increasing role of humans with growing automation, growth of the robotic process automation (RPA) market, and the co-existence of intelligent automation and humans, were popularly discussed in Q1. Antonio Grasso, the CEO of Digital Business Innovation, a digital consulting company, tweeted on how the infusion of AI and analytics into RPA operations will lead to intelligent automation. Intelligent automation can streamline resources, including humans, and tasks, but that will require data governance, reskilling of human workforce, and more investments in hiring data scientists.

Daniel Newman, a principal analyst at global technology company Futurum Research, shared an article on the increasing growth of the RPA market. For example, ServiceNow, a cloud-based platform that offers digital workflows acquired Intellibot, a robotic process automation company, to add more capabilities to its platform. RPA allows organisations of all sizes to speed up their digital transformation strategy.

The term also trended in an article share by Evan Kirstel, the co-founder of eViRa Health, a health and technology consultancy, on how the Covid-19 pandemic has induced a shift in the way AI and automation are being viewed by businesses to a perception that humans and intelligent automation can co-exist. Software company Salesforce carried out a survey that revealed that approximately 90% of the customers expect companies to promote digital initiates during the pandemic.

The role of 5G in boosting next-generation manufacturing, the development of an integrated 5G network, and the testing of robots on 5G were the most popular topics discussed in Q1 2021. Fabrizio Bustamante, a technologist at Dataprius, an internet providing cloud storage for companies, shared an article on how 5G has proven to be a catalyst for technologies that transform industrial spaces such as manufacturing facilities and warehouses. 5G technologies will also facilitate advanced robotics, with more AI, the internet of things (IoT), augmented reality and virtual reality deployments in industrial settings along with more reliability, network performance, security and coverage.

Dominic Halpin, the founder of TechNative, a computer software company, tweeted on the collaboration of Red Hat, a software company, and Hewlett Packard Enterprise (HPE), a financial technology company, with partners for the development of an integrated 5G network built upon an open-source infrastructure. The companies have run test cases related to 5G associated robots and are analysing ways to solve latency issues.

5G was also mentioned by Glen Gilmore with respect to automotive manufacturer Toyota having tested the controls of its T-HR3 humanoid robot with 5G technology. The company’s testing had earlier remained limited to a wired connection, but the wireless 5G will now enable near-instant feedback from robots and improve remote accessibility.

How Robots Could Limit the Environmental Impact of Offshore Windfarms