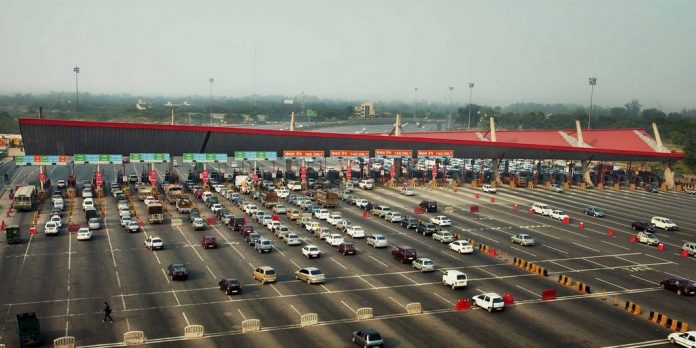 The government of India will roll out FASTag in the form of a radio tag that commuters can stick to their cars’ windshields.

While FASTag smart cards are already in use, radio tags will start on October 31.

What is Fast Tag?

For those who are not initiated into this technology, FASTag is a simple to use, a reloadable tag which enables automatic deduction of toll charges and lets one pass through the toll plaza without stopping for the cash transaction. FASTag is linked to a prepaid account from which the applicable toll amount is deducted.

The authorities are notching up the Electronic Toll Collection (ETC) with radio tags for easy travel. The vehicle with the radio frequency identification (RFID) tag stuck on the windshield will be detected via a RFID scanner when a car passes the toll and toll money will automatically be deducted. FASTags — the radio tags and the smart cards — can be recharged via ‘My FASTag App’ through NetBanking, NEFT, IMPS, and RTGS.

The facility aims to reduce long queues and make payment easier for travellers.

It will be mandatory for the FASTag lanes to be used only for those with the card or with the RFID facility from September 1, a media report said.

“The inner-most lane will be RFID enabled and a marshal could guide traffic to separate lanes,” National Highways Authority of India (NHAI) Chairman Deepak Kumar said. He also said that the vehicles without the tag will be diverted to the other lanes.  The NHAI aims to roll out this facility in full force by October, he added.

Commuters with the FASTag will be able to pay toll by cash, PayTM and credit card, an official said.

On one hand, the authorities are planning to streamline the traffic for the FASTag users but on the flipside, there are chances for other lanes to be stuck in long queues. It is likely that only frequent travelers will use this facility.

FASTags are available in only those banks which the authorities have signed up with and at the toll plazas. For a traveler to get the tag, he or she can approach to only to those specific banks.

Currently, there are six private and public sector banks which have partnered with the NHAI and have been given the responsibility to run the central clearinghouse and manage all toll transactions.

HDFC Bank, ICICI Bank, Syndicate Bank and State Bank of India are among the six banks from where the users can recharge their tags and/or smart cards and the new users can issue these tags. Other methods to issue a FASTag are via Common Service Centres next to the toll plazas or directly ask automobile companies to install it on the vehicles.

The plan is to install the facility even at State highways for toll collection, parking lots for parking charge and various other payments at wayside amenities, according to the FASTag website.

Bihar Drafts Policies to Promote IT and Electronics Industries

“GST is Business Reform, not just a Tax Reform”