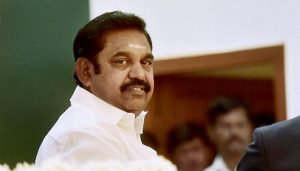 After Karnataka and Odisha, Tamil Nadu will join the club with formalizing Aerospace and Defence Policies with an aim to create favourable ecosystem for investors in the two sectors. Chief Minister K Palaniswami said in Chennai on June 3, 2017, “I am happy to inform that the state Government, along with Tamil Nadu Industrial Development Corporation, is engaged in setting up an aerospace park on 267 acre land in Sriperumbudur”.

Participating at the third edition of Southern Regional Council Meeting, organised by industry body CII, the Chief Minister said that, in the next step, a new aerospace and defence sector policy will be released soon.

In reference to 98 MoUs that attracted Rs 2.42 lakh crore investments in the maiden Global Investor Meet held in 2015 by the late Chief Minister J Jayalalithaa, he said 61 projects worth Rs 62,738 crore are in various stage of implementation. “Through this initiative, 76,777 new jobs have been created”, he said. Palaniswami said the second edition of the event would be conducted in 2018 following the success of GIM 2015.

On the status of Foreign Direct Investments in the state, Palaniswami said Tamil Nadu attracted Rs 1.25 lakh crore of FDI between May 2011 and December 2016. As per information provided by the Centre for Monitoring Indian Economy, the assured total number of investments in the State between 2011-17 was Rs 3,07,457 lakh crore, he said. He said construction work for the industrial corridor in Visakhapatnam Chennai Tuticorin-Kanniyakumari sector, taken up by the Centre and the Asian Development Bank, was going on.

To facilitate ease of doing business in the state, the government would soon come out with a single window clearance facility for faster processing of applications, he said. “If required, suitable laws will be enacted in this regard”, he said. He said Tamil Nadu is ranked third as per the State Investment Potential Index.

Domestic Entities to make satellite together with ISRO