The Ultimate Relationship of Bluetooth Mesh Networking and Cloud Connectivity 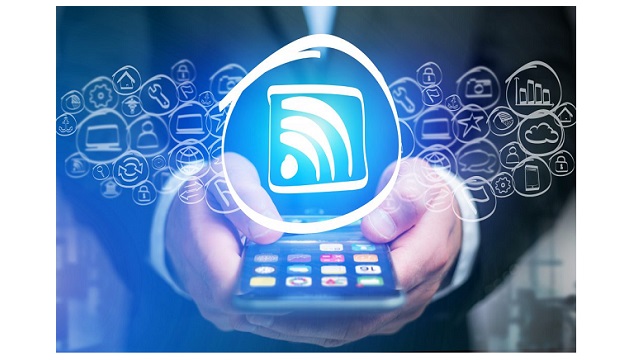 Internet of Things, a word which can be heard in any tech conference or tech magazine or from anyone who is interested in future technologies. It is no longer a hype or some abstract idea, it is now here and have started impacting our life. Out of all the technologies used to implement an IoT based solution, the biggest war is going on in connectivity technologies. Many new, improved IoT connectivity solutions are coming into play and even now it has become difficult to say which will win. Infact, there is no question of winning, every technology is finding its way to flourish according to the requirements.

A silent entrant among these technologies like NB-IoT, LoRaWAN, Sigfox is BLE Mesh, Although very new to family, it has started drawing attention from many big daddies. Technologically its nothing different but with an upgradation in core specification, compatibility and interpolability.

When we talk about mesh networking, it simply means that each node is capable of two way communication with each other, so virtually each node is directly connected to the other node, unlike what happens in star networking, where, there is a central hub and every node is connected to that which means any communication has to takes place via central hub. The advantages we get while using mesh network are that it is self healing, coverage extension becomes very easy, reliability of the network grows manifold.

With newly released version of Bluetooth 5.0 in 2016 and Bluetooth Mesh specifications in 2017, this kind of topology/networking is possible with Bluetooth low energy as well. Bluetooth SIG released this version and specification by keeping in mind the IoT space, where comparatively large area has to be covered, low power devices comes into play, this version’s core specification also doubled the speed to 50 Mbit/sec and message length is increased to 255 bytes and many more upgradations have been implemented. There are also few limitations to BLE Mesh like they can’t be used under water, application like video and audio streaming cannot be implemented on BLE mesh because audio and Video need high bandwidth and  BLE Mesh is majorly created where there is small instructional or controlling data has to be send.

This is to be understood that no single technology can be touted as best IoT connectivity. There are many factors that comes into play while adopting a particular technology like area covered, power requirement, cost of implementation, infrastructure requirement. When we talk about Bluetooth mesh, it finds its application mainly in industrial IoT or indoor environments like premises automation, home automation, smart buildings. One fine example of where BLE mesh is the perfect solution is in any food processing unit.

There are many processes involved in any food processing and utmost care has to be taken care while handling food. There are many data point which are to be collected at multiple locations like temperature, moisture/humidity, pressure, chemical composition and lot more, by using BLE mesh to collect data points ,maintenance and efficiency of data collection system will increase in many terms like wireless connectivity, which means no cost heavy installations and clumsiness of wired connectivity, BLE mesh can be directly connected to cloud which enable remote monitoring and controlling or any business intelligence. In this particular case BLE mesh could be the perfect choice over LoRa, GSM, or WiFi.

In any IoT application there is always physical level consisting hardware, circuit, PCB and electronics, then comes the connectivity among each other or to a gateway which is connected to internet in which come technologies like BLE Mesh, LoRa, Wi-Fi, NB-IoT, after that comes the whole IT Infrastructure which consist of server database and IT networking, the upper most level is business intelligence, user interface.

Cloud connectivity is a part of IT Infra, once all BLE enabled sensors, actuators and interfaces are connected through mesh network, few nodes in mesh can be created as capillaries gateway which will have both Bluetooth and cellular connectivity having internet. From there, over the internet the data can send over any cloud platform. There are many cloud options available in the market like AWS, google cloud, Microsoft Azure. The flexibility, reliability, security and cost effectiveness of using cloud has empowered even the small business to establish and maintain a service which would not have been possible in case of on-premise server. Cloud connectivity has opened many possibilities specially for IoT.

In an IoT implementation, multiple sensors / electronics are placed at different locations, it is very important everything is connected to a single place where all the data is to be logged, managed, and a service can be built upon that collected data. The main advantage of using BLE Mesh is when it is to be used with cloud computing, when all the data is accessible to any authorized person and any that data can be used to drive any meaningful results using emerging techs like AI.

So in nutshell, as said earlier it is one of many IoT specific connectivity technologies, it is definitely going to find its usage in particular areas. It has only started in mid 2017, not many companies have adopted and implementated this solution, very companies are working as of now but trend is going increased in many ways.