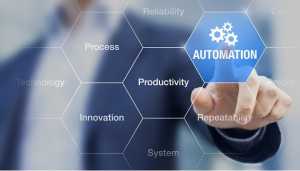 Industrial automation is one prominent business, which is taking strides in a new direction. The increasing demand for variety, custom-built products, and the need for product differentiation has made it difficult for manufacturers to mass produce components.

Subsequently, small volume and batch production involves significant cost to the organization. Hence, companies have started exploring new technologies and opportunities in the field of industrial automation; one such technology is microelectro mechanical systems (MEMS).  Following mechatronics, this is the era of micro mechatronics.

Similar to making a chip

MEMS embody an advanced semiconductor technology, which encompasses moving components as well as electronics on a single chip.

It strives to bring together integrated circuit (IC) fabrication technologies, such as complimentary metal oxide semiconductor (CMOS), BiCMOS (the integration of bipolar junction transistors and CMOS technology) with innovative micromachining 444 of silicon.

For example, silicon micro machined pressure sensors are in industrial applications such as industrial process control, automotive testing, hydraulic and pneumatic monitoring/control.  Other wide applications of pressure sensors include condition monitoring of refrigerators, recovery of refrigerants, HVAC fan control, or measurement of variable air volume, detection of a gradual increase in pressure, detection of leaks and pressure drops, and many other industrial process control applications.

MEMS technology can be especially beneficial for industrial robots, as the technology can apply to tactile sensors, navigation, or proximity sensors.

Research has been limited in terms of adapting MEMS technology for the fabrication of proximity or position sensors due to the tendency of low commercial viability and the entrenchment of certain non-MEMS proximity sensing technologies in the industrial arena.

However, MEMS technology allows for developing or producing lower-cost tactile sensors, which can enable a robot to obtain sensory information in order to make decisions and to execute actions in a more versatile, autonomous manner.

The trend of miniaturization has led to opportunities for use of multisensors in applications such as robotics, manufacturing processes, process control, as well as biotechnology and life sciences.

This nose sensor array is fabricated using MEMS technology and is composed of multisensors designed for high-temperature environments. The array is made of a tin-oxide- based sensor doped for nitrogen oxide sensitivity, a silicon carbide-based hydrocarbon sensor, and an oxygen sensor.

The sensors operate on different principles-resistor, diode, and electrochemical cell, respectively-and each sensor has very different responses to the individual gases in the environment.

The nose array is for high-temperature environments and can monitor chemicals. The trend of multisensors is gaining momentum as it has the ability to provide large amounts of data or information, which can provide better system performance.

MEMS fabricated thermopiles are in infrared (IR) sensors to measure temperature changes in various industrial applications, such as temperature monitoring of surfaces and temperature control of packages such as food products as well as vehicles.

Such devices are also in IR gas measuring instruments, used in turn for such applications as sensing carbon dioxide for demand-controlled ventilation in buildings.

A MEMS-based thermopile IR sensor is possible through bulk etching of silicon to create a thin membrane with low-thermal conductivity. MEMS thermopiles sit radially on the thin membrane. The thermopiles measure the temperature difference between the center of the membrane and the periphery, when the chip exposes to infrared radiation.

In addition to the established markets, MEMS is also finding applications in several promising areas. Several companies are interested in investing in MEMS research and development. California-based Inte-grated Micromachines Inc. developed ultra miniaturized silicon micro relays and micro switches. These are in use for high-end industrial applications.

Cost: The primary driver for the initial adoption of MEMS technology was cost. MEMS technology has a huge potential for bringing the costs down, as it can be easily batch fabricated.  For example, Analog Devices Inc.’s fabrication method has standardized so as to ship out millions of accelerometers every year. The process is streamlined and requires less labor compared to conventional manufacturing of sensors.

The multi-user MEMS process, or MUMPS, a standardized surface micromachining technology using polysilicon from MEMSCAP, is one of the least expensive fabrication technologies to fabricate MEMS devices.

Small size advantage: Compactness is the prevailing trend in the market for electronic or mechanical devices. MEMS technology provides the ability to populate more MEMS components within a small area, which can bring down the overall size of a particular product. MEMS components with varied functionality can give enhanced capabilities to products, such as industrial robots.

MEMS technology requires a large initial investment. Companies can be unwilling to make a large investment in MEMS, due to the relatively early stage with respect to achieving large-scale volume demand in certain industrial automation applications.

MEMS technology is also application specific, and hence a very small number of standardized MEMS processes exist. For instance, pressure sensors, accelerometers, ink-jet printers, displays, and all other varieties of MEMS employ different process modules. Hence, there is a lack of synergy or cooperation in design, packaging, testing, and tool development.

Ultimately, custom processes are the most prevalent in the MEMS market. Although possibilities are opening up for development of standardized processes for pressure sensors and accelerometers, high-level intellectual property rights block standardization of newer MEMS devices.

Packaging still remains a core technology hurdle for the successful commercialization of MEMS sensors. As MEMS has become application specific, the packaging of MEMS devices to suit a particular application can be a major challenge.

Industrial automation is a mature market with well-established pro-cesses. It is also less price sensitive than higher volume markets for more commodity-type sensors; and most of the processes are one-off-investments.

Industrial automation currently does not tend to be a large volume market for MEMS-based sensors and actuators. Since MEMS device fabrication requires a large initial investment, effort can focus on application segments where there is large volume demand such as consumer electronics to balance the investment costs.

As a result, MEMS companies seeking high-volume applications may tend to not focus on industrial automation as it may not generate the volumes of certain other segments.

However, the industrial automation arena can offer the opportunity for MEMS developers and providers to create and provide higher value MEMS-based sensors and actuating devices that could command a higher price compared to MEMS devices used in more price-sensitive, higher-volume applications.

Cogent MEMS developers and providers can focus on collaborating with users in the industrial arena to provide them with a high-value solution for key industrial applications (such as, intelligent, networked machinery health monitoring involving monitoring multiple sensed parameters, or distributed process control).

MEMS sensors for such parameters as pressure, flow, acceleration/vibration/tilt, angular velocity, and so on to some extent influence the industrial automation technology arena.

MEMS-based sensor technology penetration in this sector currently tends to be limited to process monitoring applications, industrial safety, machinery monitoring, and to some extent in assembly line manufacturing applications.

However, as the industrial arena moves increasingly toward intelligent, distributed, as well as wireless monitoring and control, MEMS technology will probably play an increasingly vital role in this sector.

The trend toward MEMS-enabled miniaturization and micromechatronics is bolstering the development of components, devices, systems, and subsystems for industrial applications.  However, concentrated research and developmental efforts, which address the various technical and scientific issues, will help in cornering other fields and fueling developments in industrial automation in the coming years.

STMicroelectronics has been one of the few pioneers of the MEMS technology worldwide. The semiconductor company boats of an all-round MEMS portfolio that covers verticals like Industry 4.0, Automobiles, and consumer. ST’s unique portfolio of motion and environmental sensors offers a comprehensive range of sensors specifically designed to support Industrial applications and satisfy the demanding requirements of the Industry 4.0 revolution, also known as Industrial Internet of Thing (IoT) or Smart Industry. 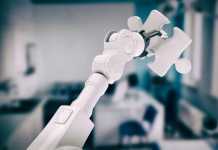 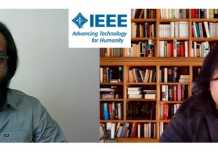 New age Robots will be an inevitable part of Industry 4.0: IEEE 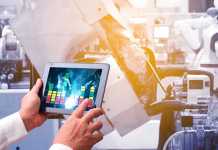 ﻿I4.0 Solutions for Day-to-Day Production