Blueprint in place to boost electric vehicles, take share to 15% in 5 years: Gadkari 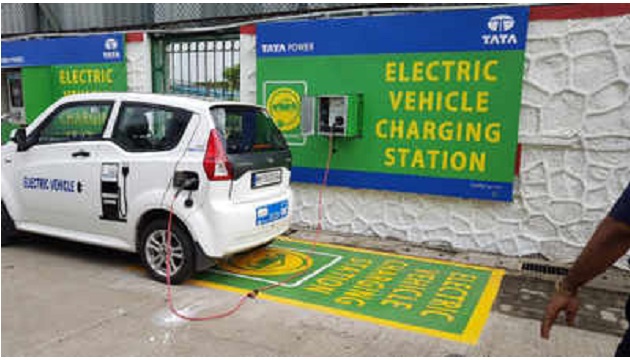 Union minister Nitin Gadkari has said a blueprint has been drawn to boost production of electric vehicles in the country and take their share to 15 per cent of total automobiles in the next five years.

It is about time that India should think seriously to promote green vehicles and curb pollution, the minister who is rallying for EVs and alternative fuel vehicles said.

“The demand for electric vehicles is huge in India. Our expectation is to take the number of electric vehicles to 15 per cent of the total vehicles in India in the next five years,” the road transport, highways, shipping, water resources, river development and Ganga rejuvenation minister told PTI.

Gadkari said the expectation of taking electric vehicles to 15 per cent of India’s total vehicles could easily be achieved as there is huge appetite for it.

“My ministry has prepared a detailed report to promote electric vehicles through non-fiscal incentives,” the minister said clarifying that subsidy was not needed.

According to the Society of Indian Automobile Manufacturers (SIAM), vehicle sales across categories had registered a 14.22 per cent growth at 24.97 million units in 2017-18 as against 21.86 million units in the previous fiscal.

He said plans were to set up charging infrastructure at public places as well as government parking places.

The minister said he has appealed to automobile manufacturers to jackup electric vehicles production to meet government’s plans but also clarified that, this is not mandatory and they could continue their diesel-petrol vehicles production but demand will force them to think towards this direction.

He also said that to boost electric vehicles the government would urge aggregators and operators like Ola and Uber to induct EVs and alternative vehicles as a certain per cent of their fleet.

Last week, the minister announced that the government had decided to exempt EVs and automobiles run on alternative fuel from permit requirements in a bid to boost such vehicles in the country.

He said the states had agreed to abide by it as the recommendations came from a Group of Ministers of states, headed by Rajasthan transport minister Yunus Khan.

His statement came amid government’s efforts to promote eco-friendly vehicles through Faster Adoption and Manufacturing of (Hybrid &) Electric Vehicles (FAME) India scheme, which was launched in 2015.

To promote EVs, the Road Transport and Highways Ministry has done away with the requirement of local testing for initially bringing EVs into India for sale.