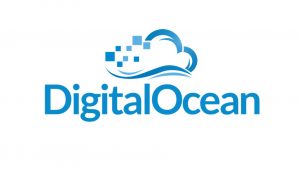 In yet another robust and high-profile partnership, SV.CO, the world’s first digital incubator for student startups, has signed an agreement with DigitalOcean, making the American company its official Cloud Partner for its incubation programs.

DigitalOcean is a cloud platform that is simplifying the complexities of infrastructure for software developers and businesses. DigitalOcean has become the second largest and fastest growing cloud computing platform in the total number of public facing apps and websites, according to Netcraft.com.

Under the Memorandum of Understanding (MoU) signed in Bengaluru on 1st December 2016 all students who complete the SV.CO’s Free MOOC (Massive Open Online Course) will get cloud credits with additional cloud credits given to teams that get selected to the Silicon Valley Program.

“Cloud infrastructure is one of the most crucial components required for young startups to build technology companies. The partnership with DigitalOcean will bring world class technology and support for student startups across India,” said Mr. Sanjay Vijayakumar, Chairman, Startup Village.

The association with DigitalOcean would provide college startups the expertise and resources of a top company in Cloud infrastructure, he noted.

Mr. Prabhakar Jayakumar, India Country Manager, DigitalOcean, said, “At DigitalOcean, we love to nurture developers and startups and students are an integral component of these ecosystems. We look forward to supporting student entrepreneurs through such programs and help them build next generation businesses on the cloud.”

With this partnership, DigitalOcean has joined the ranks of companies such as Facebook and Paytm which are providing training assistance and scholarships to SV.CO’s students, respectively.  It also brings into focus the startup culture of giving back to the society.

“The founders of DigitalOcean started in the famed TechStars Accelerator Program and are now giving back to the startup community around the world by offering their infrastructure and resources for young and upcoming startups,” Mr. Vijayakumar said.

SV.CO has forged an agreement with Facebook, which is its Official Host in Silicon Valley. Leading m-commerce platform Paytm is offering 30 full scholarships for the #StartinCollege program while .CO Domains is the Domain Partner.

#StartinCollege, India’s largest attempt to build an entrepreneurial culture amongst its youth, offers top engineering teams from India the chance to nurture their business idea, build a prototype and launch to early customers in six months; the last week to be spent at the Silicon Valley experiencing world-class startup ecosystem and the chance to interact directly with developer teams at companies such as Facebook.

Launched in July, it has planned a phased rollout countrywide with the aim of reaching 50 lakh students in 3,500 engineering colleges.

The first phase, which was completed on August 31, saw more than 7,000 students applying through 1,946 teams from 228 universities across 1,443 colleges in 24 states. Phase 2 of the campaign, launched on September 15 in New Delhi, aims at a focused outreach to 30 top engineering colleges.

The applications for inaugural six-month entrepreneurship course is closed and the batch commences on January 2nd, 2017.

Applications for July, 2017 batch will be opened on February 1st, 2017. Students can form teams and apply at www.sv.co, Mr. Vijaykumar said. 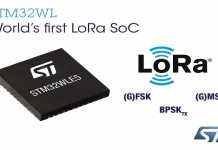 India can be a Phase 1 Zone for Connected Devices