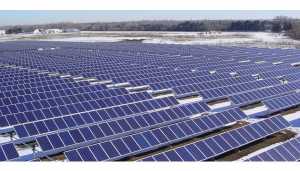 In what will cheer domestic solar cell manufacturers, the Supreme Court on Monday, restored the center’s decision to impose 25% safeguard duty on solar cell imports and frowned at importers’ attempts to move from one High Court to another till Orissa stayed the levy.

The Centre’s appeal narrated facts leading to filing of its appeal in the SC. On the request of domestic solar manufacturers, the Director General (safeguards) on a preliminary finding had imposed a provisional safeguard duty of 70% and valorem on import of solar cells. It was challenged by Shapoorji Pallonji Infrastructure Capital Co Ltd before Madras HC, which dismissed the petition on April 16.

Another importer – ACME Solar Holdings Ltd – Moved Delhi HC for for similar relief and its petition was disposed of after recording that the petitioner would submit a representation to the Centre against the preliminary finding of the DG (safeguards). In the meantime, the DG after a detailed examination, gave final recommendation for imposition on safeguard duty at 25% for first year followed by 20% in the second year.

Polycrystalline Solar Panels: Harnessing the power with the crystals

India to have Five of the Ten Biggest Solar Plants in...