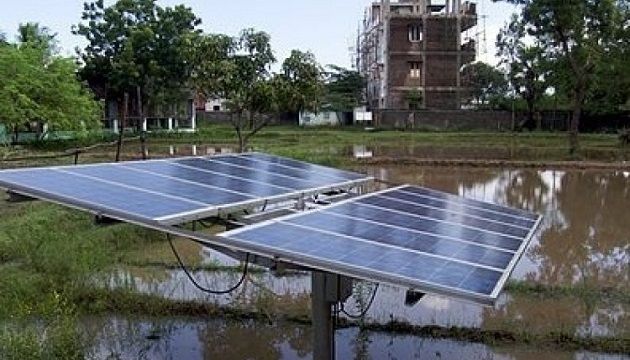 Uttar Pradesh government will give subsidy up to 70% for solar pumps for irrigation NSE -0.21 % purpose to the farmers under a state government scheme, said Agriculture minister, Surya Pratap Shahi.

Solar energy-driven pump set is an emerging alternative of electrical and diesel pump systems in farm irrigation. Under the solar pump voltaic irrigation pump scheme 10,000 units will be given to farmers at a subsidised rate during 2018-19 on the basis of first come first serve basis.

“Farmers will have to register on the portal of the agriculture department by submitting bank draft bearing their share amount between November 15 to December 10 next and thus get the benefit of first come-first serve system of the scheme,” said Shahi.

Small and marginal farmers are largely expected to take 70% subsidy on 2-3 HP solar pump. Farmers have landholding between 10-15 acres will go for 5 HP pumps for which the subsidy is 40%, said official in the ministry.

Solar Pumps are a boon to the electricity, banking, water and agriculture sectors, said solar power pump makers. “Since solar powered pumps can be operated during the day time, farmers do not have to work late in the night when electricity is usually supplied to them. It is also a boon for farmers who have not been able to get electricity connection,” said Karan Dangayach, MD, Shashwat Cleantech that is engaged in solar power and equipment business.

Solar pumps also reduce the subsidy burden on power distribution and generation companies that can improve their profitability, he said.

Solar pumps are decentralised energy projects which allow the distribution companies to provide energy at point of consumption without the transmission and distribution losses. Further, grid connected solar pumps allow farmers to sell power back to the grid and earn extra in lean seasons when rainfall is not up to the mark, added Dangayach.