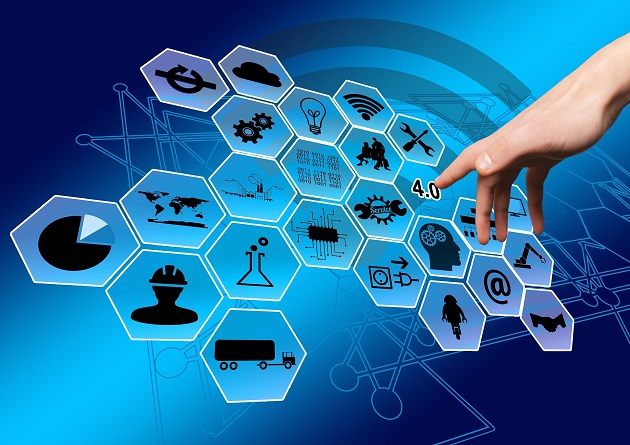 Sensors in Electronics are evolving at a very fast pace with the miniaturization of microprocessors, embedded systems and other modules, especially the micro-electromechanical system (MEMS) sensors. Many embedded sensors have been incorporated into traditional and existing sensor node platforms. These embedded sensor nodes are often physically small and relatively inexpensive computers, each with some set of sensors or actuators. Embedded sensors are actually part of embedded computers placed in the physical real world that interact with the surrounding environment. With modern hardware advances in sensors and software components, embedded sensors are an active and growing area of embedded computing, and one can witness their expanding applications in many areas. IoT platforms function and deliver various kinds of intelligence and data using a variety of sensors. They serve to collect data, pushing it and sharing it with a whole network of connected devices. All this collected data makes it possible for devices to autonomously function, and the whole ecosystem is becoming “smarter” every day.

Medical devices today is used to diagnose, monitor or treat diseases, or as a supportive aid for physically disabled persons. Various types of sensors are used in medical applications, including temperature probes, force sensors in kidney dialysis machines, airflow sensors in anesthesia delivery systems, and pressure sensors in infusion pumps and sleep apnea machines. Implanted pacemaker is a real-time embedded sensor system that delivers a synchronized rhythmic electric stimulus to the heart muscle in order to maintain an effective cardiac rhythm. Sensors science and engineering is relevant to virtually all aspects of life including safety, security, surveillance, monitoring, and awareness in general. Sensors are central to industrial applications being used for process control, monitoring, and safety. Sensors are also central to medicine being used for diagnostics, monitoring, critical care, and public health.

Today’s Sensors and detectors play a major role in ensuring safety of nuclear plant workers. Nuclear particle sensors have been already developed to detect radiation types. Instead of tubes and chambers for nuclear particle detection, a variety of solid-state sensors are available today. Solid-state sensors directly convert the incident radiation into electrical current using materials such as silicon, germanium and cadmium zinc telluride. These sensors have high energy resolutions, which makes them suitable for detecting the exact amount of radiation energy. Alpha, beta, gamma and X-ray radiations can be detected using silicon PIN photodiodes.

Cameras and radar systems do play a prerequisites for all levels of automation. Using image sensors, cameras provide information like speed, distance and outlines of obstacles and moving objects. Autonomous cars use rear, front and 360-degree cameras. Cameras help the driver with a better representation of the surrounding and environment outside the vehicle. Normally, four to six cameras are required to obtain realistic 3D images. Front camera systems are used to automatically detect objects within 100-250 meters. The algorithm in cameras can identify pedestrians, motor vehicles, side strips, road margins, etc. These can also detect traffic signs and signals. A good dynamic range of the camera is required to provide clear image even when sun rays are falling directly onto the camera lens.

Industry players today are enhancing their product portfolios for pressure sensor to increase their operational capability in various industries, thus driving the market growth. Sensor have been upgraded very fast in the market. Real time monitoring of machine parameters and equipment being intended with predictive maintenance in mind, in addition to the general growth in sensor application due to increased automation levels on the plant floor. The IO-Link technology, being digital, is being acknowledged by almost all industries, where it want to overcome traditional challenges of analogue systems like EMC issues / signal losses, etc., which are very mutual in analogue signals. This technology will drive total costs down as compared to analogue systems. It will positively bring big information from sensors into the IoT interface, directly as well as into the PLC.

Technocrats want sensors, which are well-matched with the latest communication protocols and are able to work in high temperatures, pressures, and all sorts of environments, such as, underwater, space, etc. at a modest price. When it comes to sensors’, contribution to predicting and preventing future events, it is governed by the data/history of events, which need to be evaluated in order to analyze the present state of any environment, as a result, arriving to conclusions regarding deterioration levels.

Sensors are the eyes and ears of any automation system. Thus, the accuracy and efficacy of any system depends severely on sensor specifications. Sensors started from being based on mechanical principles and now are even being established on wireless technologies. They are becoming more and more technology-oriented, with latest features, such as, wireless sensing, IO-Links, etc. Additionally, with the arrival of Industry 4.0, the role of sensors will become more vital. Smart sensors will be needed at every point and the information required will raise from GO/NO-GO inputs to a totally new dimension of detailed data from every point in the arena.

With the rising demand for the advancement of sensor technology to meet IoT necessities under 5G infrastructure, conventional MEMS sensors are facing a new round of evolution. Starting with the MEMS fabrication technology, which is fundamental for all sensors to be physically produced, new fabrication method have been proposed and demonstrated in making those novel sensors. In terms of applications in IoT, three major types of MEMS sensors, which will be widely used almost everywhere with orders of increasing working frequency.

Today many sensor developments are underway. In the coming years, things are expected to be more challenging to keep up to date record on all developments and possibilities. COVID-19, along with other viral illnesses, is associated with several physiological changes that can be monitored using wearable sensors. Many metrics derived from heart rhythm such as heart rate (HR), heart rate variability (HRV), resting heart rate (RHR), and respiration rate (RR) could serve as potential markers of COVID-19 infection and are already measured by wearable devices. Due to the integration of multiple measurements, these metrics should exhibit an aggregate higher signal to noise ratio (SNR) than individual raw signals alone and, therefore, have higher predictive value.

The seed technologies are now being developed for long-term vision that includes intelligent systems that are self-monitoring, self-correcting and repairing, and self-modifying or morphing not unlike sentient beings. The ability for a system to see (photonic technology), feel (physical measurements), smell (electronic noses), hear (ultrasonic), think/communicate (smart electronics and wireless), and move (sensors integrated with actuators), is progressing rapidly and suggests an exciting future for sensors.

The integration of sensors into intelligent devices and systems has increased the capacity to measure, analyze, and aggregate data at a localized level. Autonomous and connected sensors are able to selectively sample and measure many physical properties. Built on the increasing capabilities of fixed-access and wireless networks, smart sensor developments allow the collection of raw data, which is processed into information and conveyed via a network connection making it a vital part in today’s fine electronics.

Artificial Intelligence, rolling out as our future and current reality