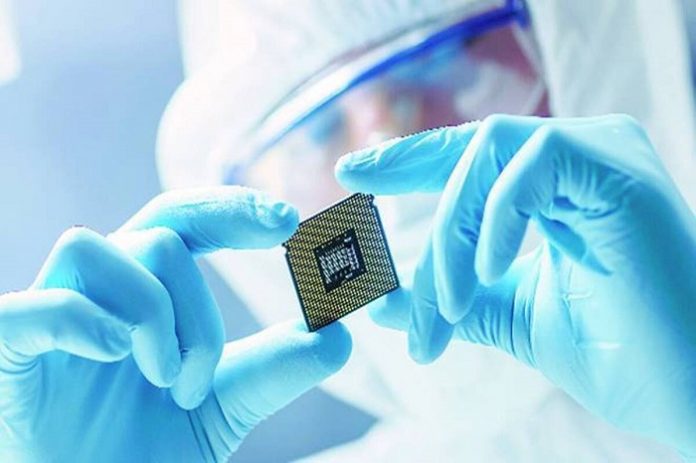 US-based chipmaker Intel said that several components need to come together for the entire electronics ecosystem in India and semiconductor manufacturing is a part of it. Prakash Mallya, vice president and MD of sales, marketing and communications group Intel said that the company is “deeply” committed to the market, having invested over $7 billion so far in the country towards design and R&D facilities.

“It is going to be a journey. Several components need to come together for the entire ecosystem, and semiconductor is just one part of it. And from an Intel point of view, I would say when you look at our design and R&D facility in the country, we are deeply committed to the market. We have over $7 billion invested and you look at that span of expertise is relevant to every segment,” Mallya told in an interview.

The executive said that engineering and design expertise is a very critical element of the semiconductor ecosystem. “And, we do that today. And the other part of it would be as the ecosystem evolves, our response towards that would also progress right,” he said responding to the question on India’s plan to bring semiconductor manufacturing to the country.

The Indian government is reportedly planning to give an incentive support to the tune of $1 billion per company for semiconductor manufacturing companies. The Centre, in March, had invited recommendations from companies who may be interested in setting up semiconductors and display fab units in India.

The proposed incentives could attract 2-3 large investments worth a cumulative Rs 70,000 to 80,000 crore, for setting up specialty fab units in India, Rajeev Khushu, the Chairman of the India Electronics and Semiconductor Association (IESA) recently said. He also serves US chip designer and maker Texas Instruments.

In March, Intel CEO Pat Gelsinger said the company would up its chip activities, with the company also pledging $20 billion to expand manufacturing in the US. The company has reportedly entered talks to acquire semiconductor company GlobalFoundries in a deal which could be valued at $30 billion as part of an ongoing push to boost its chip manufacturing activities in the US and abroad.

“…we made a $20 billion commitment from everything we see from a supply point of view. Right now, the existing facilities and what we have planned for will take care of it. And we are again, deeply committed to India towards supporting the growth and build out of the ecosystem,” Mallya said.

The executive said that a localised 5G infrastructure along with an Internet of Things (IoT) ecosystem for various sectors like healthcare, logistics and retail would push the demand for semiconductors, thereby supporting the need to bring manufacturing to the country.

“…as you build out that ecosystem over a period of time, you build more expertise, that’s how you get to an ecosystem which is thriving, and can do more. Right. That’s how I see the journey to be,” Mallya added.

Intel recently made public its partnership with Reliance Jio for the latter’s 5G infrastructure in India. Mallya said that Intel and Jio are collaborating in the areas of 5G radio, core, cloud, edge and artificial intelligence.

“…our collaboration spans those areas, and it’s co.innovation. So, we have got our engineering and business unit teams working closely with Reliance Jio in those areas. And we are committed towards helping customers and partners like Reliance Jio to make the transition from 4G to 5G,” he said.

“I would only say that Reliance Jio as a customer and as a partner is one of the most innovative telecom service providers around the world. So, we are committed to collaborating with them to move the cause of evolution of 4G to 5G on edge, on network as well as on cloud,” he added.