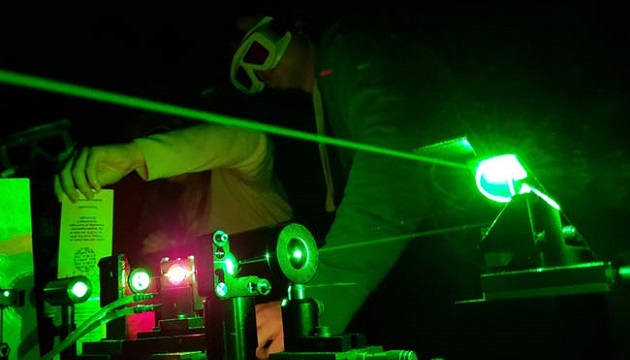 A means of harnessing otherwise-wasted electrons from Semiconductors, has been developed by the scientists from University of Groningen and Nanyang Technological University. This innovation is a boost, that could mean zero-emission solar panels could collect even more energy. Hot electrons” could add a new dimension to harvesting energy from solar panels.

“By how much depends on how you count, but it theoretically could be up to 25-30 percent” Maxim Pshenichnikov, Professor of Ultrafast Spectroscopy at the University of Groningen said. “It will of course be lower in real life but each percent counts!”

The breakthrough could be another step in the race to make solar panels as efficient as possible. A report this week from the International Renewable Energy Agency claimed that, by 2050, solar energy could be the second-largest source of global energy just behind wind. When coupled with efficiency savings and advancements in other areas of technology, the world could have a pathway to reducing emissions from their 2020 levels by up to 70 percent.

Solar panels are getting cheaper fast. Beyond price, the metric scientists care most with solar panels is efficiency, getting more energy from each panel. Current silicon panels have achieved a maximum efficiency record in laboratories of 26.7 percent. New ideas like tandem cells, which stack cells that collect different bands of light, could reach up to 46 percent. Other ideas include using water to cool panels and using the then-heated water to heat a room, as well as placing cells on both sides to collect light that would bounce off the ground. With Pshenichnikov’s breakthrough, researchers could add another tool to their kit.

‘Hot electrons’: how they work

In a normal photovoltaic solar cell, like the ones typically seen on roofs or in fields, semiconductors take photons from light and convert it into an electrical current.

Sometimes photons don’t carry enough energy and they go right through the material. Sometimes the photons carry too much energy, and the material can’t absorb it all. The excess energy, the “hot electrons,” convert their energy into heat instead. The ideal photons have an energy level measured by the bandgap, the difference between the highest occupied molecular orbital and the lowest unoccupied molecular orbital.

“The excess energy of hot electrons, produced by the high-energy photons, is very rapidly absorbed by the material as heat,” Pshenichnikov said in a statement.

The best way to collect more photons would be to develop a wider bandgap. The answer could lie with perovskites, an emergent alternative to silicon that could prove easier to mass-produce at low temperatures.

The team developed a wide bandgap by looking at an organic-inorganic hybrid perovskite semiconductor, paired with an organic compound called bathophenanthroline. They then used a laser light to excite the electrons and study their behavior.

“We used a method called pump-push probing to excite electrons in two steps and study them at femtosecond timescales,” Pshenichnikov said. This enabled them to produce hot electrons outside the bandgap. The team found that the organic compound did indeed absorb the hot electrons. Somewhat unexpectedly, the energy required to harvest the electrons was higher than the bandgap, suggesting some energy is required to overcome an obstacle.

The next step, Pchenitchnikov claims, is to build a real device using the materials in the demonstration. If the team can demonstrate their discovery can be used in a solar panel, it could edge that little bit closer to harvesting more of the sun’s energy.