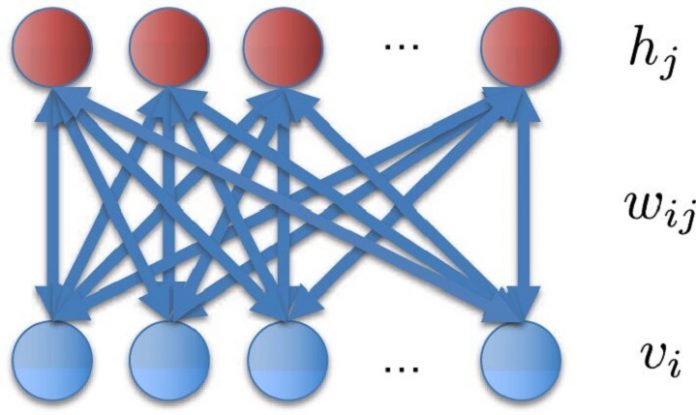 The work could help build artificial neural networks that could be used for training computers to solve complicated, interconnected problems like image recognition, drug discovery and the creation of new materials.

“There’s a belief that quantum computing, as it comes online and grows in computational power, can provide you with some new tools, but figuring out how to program it and how to apply it in certain applications is a big question,” Oates said.

Quantum bits, unlike binary bits in a standard computer, can exist in more than one state at a time, a concept known as superposition. Measuring the state of a quantum bit—or qubit—causes it to lose that special state, so quantum computers work by calculating the probability of a qubit’s state before it is observed.

Specialized quantum computers known as quantum annealers are one tool for doing this type of Quantum Computing. They work by representing each state of a qubit as an energy level. The lowest energy state among its qubits gives the solution to a problem. A result is a machine that could handle complicated, interconnected systems that would take a regular computer a very long time to calculate—like building a neural network.

One way to build neural networks is by using a restricted Boltzmann machine, an algorithm that uses probability to learn based on inputs given to the network. Oates and Xu found a way to automatically calculate an important parameter associated with the effective temperature that is used in that algorithm. Restricted Boltzmann machines typically guess at that parameter instead, which requires testing to confirm and can change whenever the computer is asked to investigate a new problem.

“That parameter in the model replicates what the quantum annealer is doing,” Oates said. “If you can accurately estimate it, you can train your neural network more effectively and use it for predicting things.”

Redesigning Education in India with Digitization and Technology

Self-Driving Cars and the Highway Code