Google Launched New Feature to be Your Sleep Watchdog 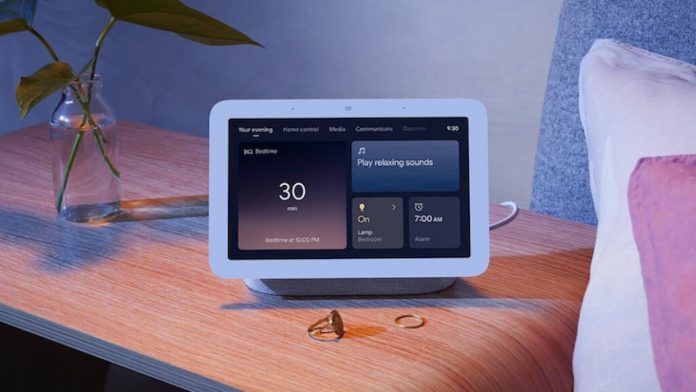 Google gets into sleep surveillance with new Nest Hub screen

In recent years, portable smart devices have created their own place in the realm of technology and the market and it would be more than fair to say that this is expanding at an ever-growing pace. Smart screens are the next evolution in this space. These are devices that offer the same functionality as smart speakers, but the addition of a screen enables them to provide visual context to some of their responses while opening up additional use cases.

A bunch of smart devices with displays, such as the Amazon Echo Show with its giant 10-inch display and its smaller sibling the Echo Show 5 have already been in the market. Some devices position themselves as digital clocks, such as the 4-inch Lenovo Smart Clock and the Amazon Echo Spot. All these devices perform more or less similar functions, but Google Nest Hub has something else to put on the table for its customers.

Google’s latest version of Nest Hub, a 7-inch smart screen will be coupled with google’s latest sleep-sensing technology for its customers. the company claimed that they honed the technology by studying 15,000 sleeping people over a combined 110,000 nights.

But the latest Nest Hub can also perform a new trick. If you allow it, the device will also monitor your sleeping patterns from your bedside, negating the need to wear a fitness device or any other potentially bothersome gadget in bed. The feature, which Google intends to offer for free through at least this year, relies on a new chip Google calls Soli, which uses radar to detect motion, including the depth of a person’s breathing.

The Nest Hub is supposed to generate weekly sleep reports with easy-to-understand breakdowns on the length and quality of sleep, how frequently the user gets up at night, and snoring and coughing frequency, along with tips developed in consultation with the American Academy of Sleep Medicine.

People with trouble sleeping might find this new feature right up to their ally, but this new feather in google’s ever-expanding technology hat might raise some eyes with privacy concerns especially given Google’s long history of online surveillance to collect personal details such as interests, habits, and whereabouts to help sell the digital ads that generate most of its revenue.