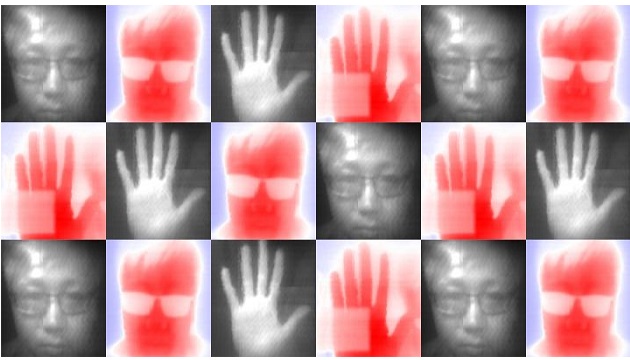 In order to build an inexpensive IR camera, research team at the University of Chicago leveraged the wide spectral tenability of colloidal quantum dots (CQDs), tweaking the CQDs to develop a formula to detect shortwave IR and another formula to detect midwave IR.

A two-terminal CQD dual-band detector has been developed by the scientists, that provides a bias-switchable spectral response in two distinct bands. The detector can be rapidly switched between shortwave IR and midwave IR at modulation frequencies up to 100kHz, by controlling the bias polarity and magnitude. The detector performance was demonstrated by dual-band IR imaging and remote temperature monitoring.

The tunability of the CQDs enables them to pick up different part of the IR spectrum. “Collecting multiple wavelengths within the infrared gives you more spectral information, it’s like adding color to black-and-white TV,” said researcher Xin Tang. “Shortwave gives you textural and chemical composition information; midwave gives you temperature.”

The resulting camera performs well and is much easier to produce than traditional IR cameras, said the researchers. There are many potential uses for inexpensive IR cameras, the scientists said, including autonomous vehicles, which rely on sensors to scan the road and surroundings. Today’s IR cameras are made by successively laying down multiple layers of semiconductors, an expensive process that prohibits their use in most consumer electronics.

“Traditional methods to make infrared cameras are very expensive, both in materials and time, but this method is much faster and offers excellent performance,” Tang said.