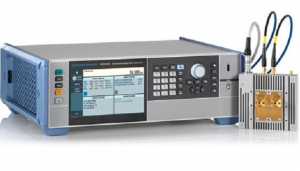 Due to the dramatic rise in the number of vehicles equipped with radar-based safety-related driver assistance systems, the European regulatory authorities have stipulated mandatory tests in the Radio Equipment Directive (RED) to ensure safe operation and coexistence of automotive radar sensors, particularly with respect to autonomous driving.

The occupied bandwidth and spurious emissions can be measured easily and conveniently with a connected signal and spectrum analyzer. And the total radiated power (equivalent isotropic radiated power, EIRP) can be determined very precisely using a connected power meter.

Fuelling up the real time applications with the latest PolarFire SoC...