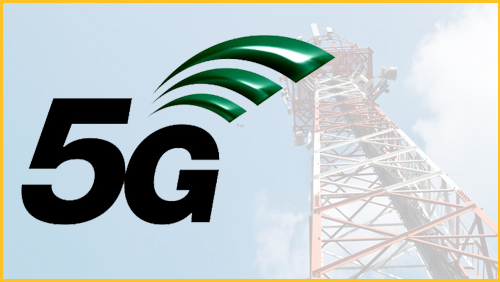 With 5G cellular technologies already being tested by a number of leading wireless carriers around the world, 3GPP, a non-profit organization that helps set standards in the wireless communications industry, has now released an all-new logo for the exciting new technology that promises to bring super-fast mobile internet to users around the world.

This new logo, draws heavily from the official LTE logo that was released several years back. However, much like the ‘LTE Advanced Pro’ logo, the emphasis this time around is on green rather than red. While various different symbols and unofficial logos have thus far been used by various groups, organizations and media outlets to denote 5G, all of that is now expected to be a thing of the past with the latest development.

4G LTE has started becoming almost ubiquitous around the world, with most new smartphones released these days compliant with the standard. However, with 5G, things are only expected to get better, as it is expected to bring significant technological advancements and a whole new set of standards to the telecom industry worldwide. Currently, many multinational companies including, carriers, device manufacturers and component suppliers, are working feverishly towards agreeing on technology and specifications for 5G.

While 4G technologies like LTE-Advanced can theoretically deliver speeds upwards of 1Gbps, such networks are yet to be deployed anywhere commercially. 5G, however, promises to be even faster, with various companies claiming to have hit theoretical speeds of several Gigabits per second, making it even faster than landline fiber-optic broadband.

It will be interesting to see when 5G will be rolled out around the world, but even the most optimistic industry watchers seem to believe that commercial deployment of the new technology won’t happen this year. While several companies from around the world have demoed the all-new technology over the past couple of years, pilots and trials across Europe, Japan and South Korea are only expected to start later this year.

A number of major U.S. carriers have also been working hard to bring the new technology Stateside as soon as possible, and towards that end, AT&T and Verizon are expected to start rolling out 5G networks next year for proof-of-concept real-world trials.