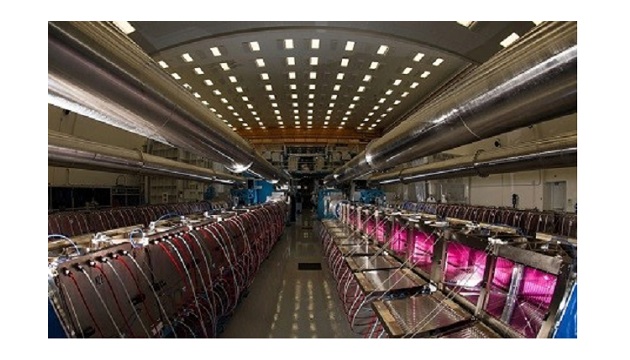 The project is funded by the U.S. Department of Energy’s Office of Fusion Energy Sciences within the Office of Science and will receive $6.8 million over the next two years.

The nine facilities will provide U.S. scientists with improved access to high-intensity, ultrafast lasers. These lasers have a broad range of uses in basic research, manufacturing, and medicine. “This has the potential for huge leverage of existing and future investments in laser facilities,” said Wim Leemans, Director of Berkeley Lab’s Accelerator Technology and Applied Physics Division. “Researchers across the U.S. have great ideas for discovery science that depend on lasers, and LaserNetUS can connect them with beamtime at sources that meet their needs.”

The petawatt-class lasers of the LaserNetUS partners use a technology known as “chirped pulse amplification,” which was pioneered by two of the winners of this year’s Nobel Prize in physics. These lasers fire off bursts of light shorter than a tenth of a trillionth of a second.

“UT Austin has become one of the international leaders in research with ultra-intense lasers, having operated one of the highest-power lasers in the world for the past 10 years,” said Todd Ditmire, director of UT Austin’s Center for High Energy Density Science, which houses the Texas Petawatt Laser. “We can play a major role in the new LaserNetUS network with our established record of leadership in this exciting field of science.”

LaserNetUS will hold a nationwide call for proposals for access to the network’s facilities. The proposals will be peer-reviewed by an independent panel. This process will allow any researcher in the U.S. to request time on one of the high-intensity lasers at the LaserNetUS host institutions.